A series of drawings on large pieces of paper.

Marisa: ‘Initially I randomly fill the paper with a large variety of lines, scribbles and blots. My hand simply wanders over the paper. I may repeat a movement of my pencil, make small circles or large blocks, insert a coloured stain. Gradually the paper is filled. Sometimes I intentionally add figurative elements, but more often I look for figures in the lines already drawn themselves. Thus I may discover a fierce and disturbing animal, a little spirit flying upward, a hollow-eyed prophet who sees through time.

In the final phase of the drawing I leave all randomness behind. Critically I adjust the dense crisscross of lines in such a way that it invites the viewer to enter and wander around in it endlessly. Looking at it, unexpectedly shapes, structures and figures appear; lost fragments of stories, that merely slip away from you when your eye tries to catch them.
Remainders of imaginative places in space and time float around in an endless narrative stream, in which fact and fiction, past and present coincide.’ 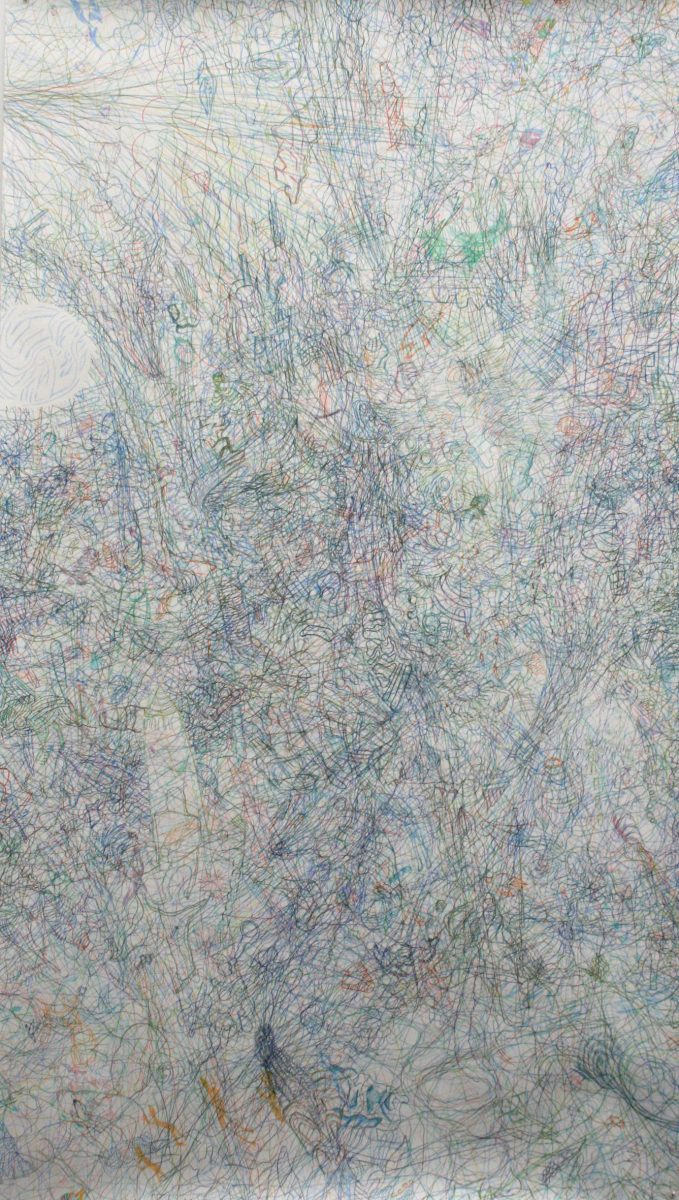 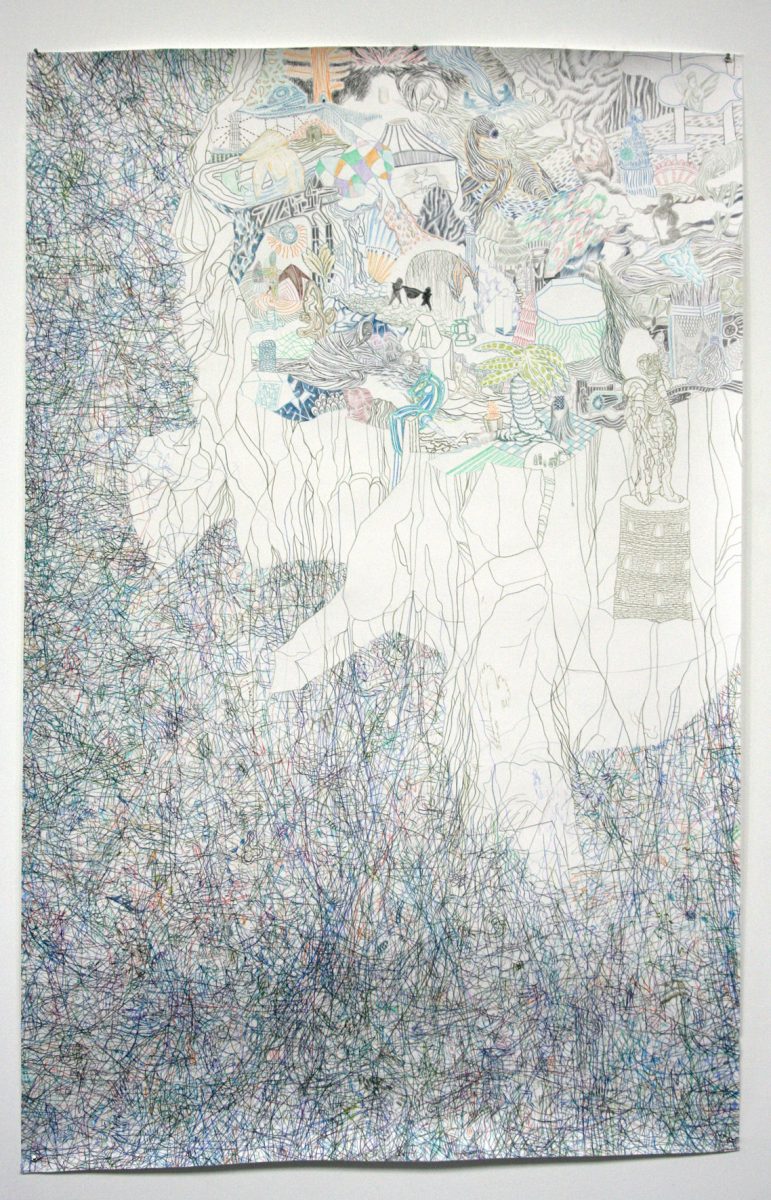 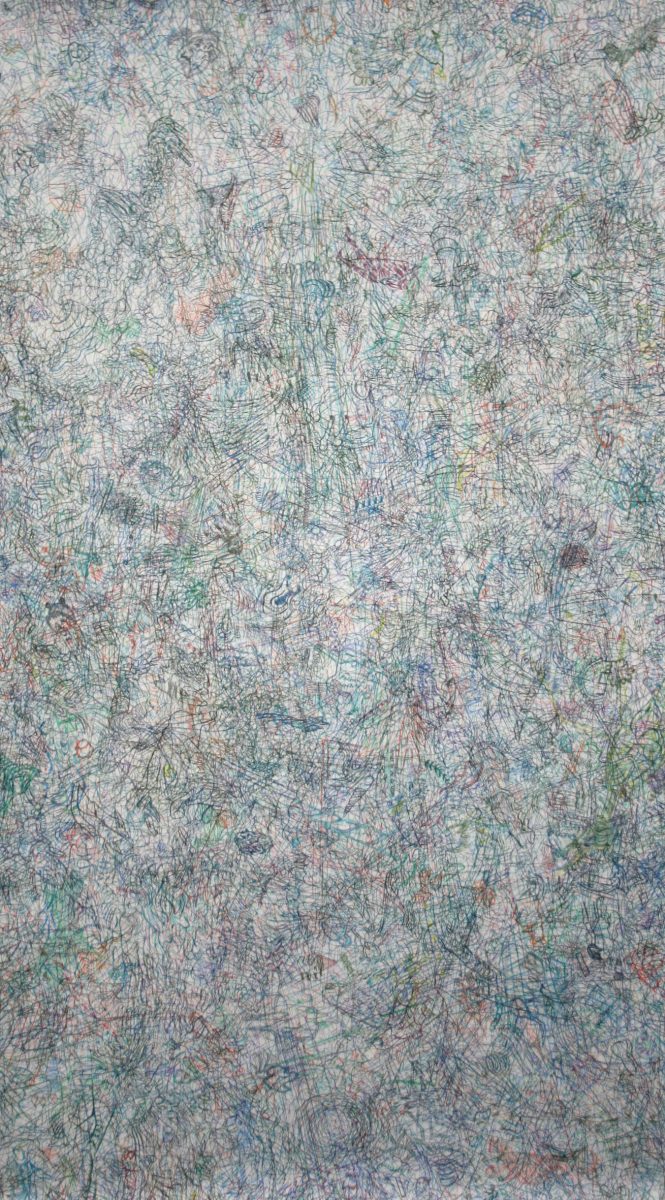 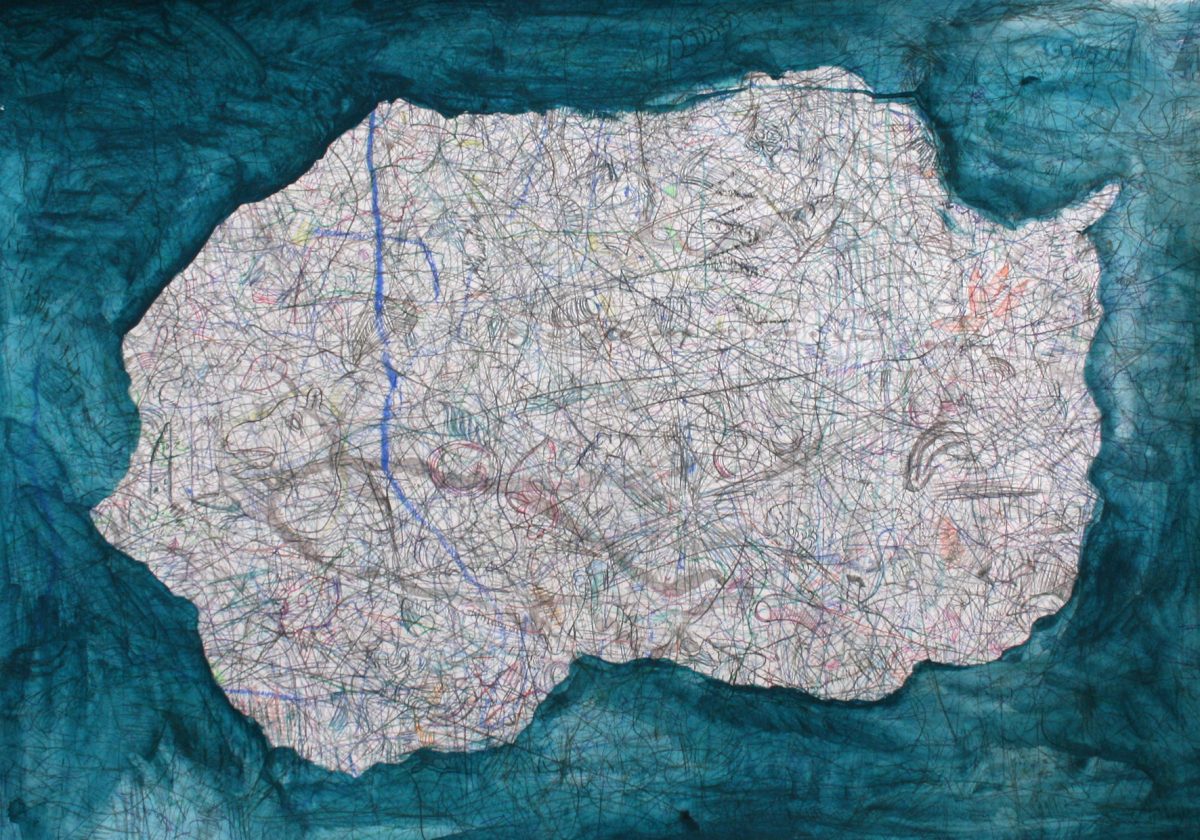 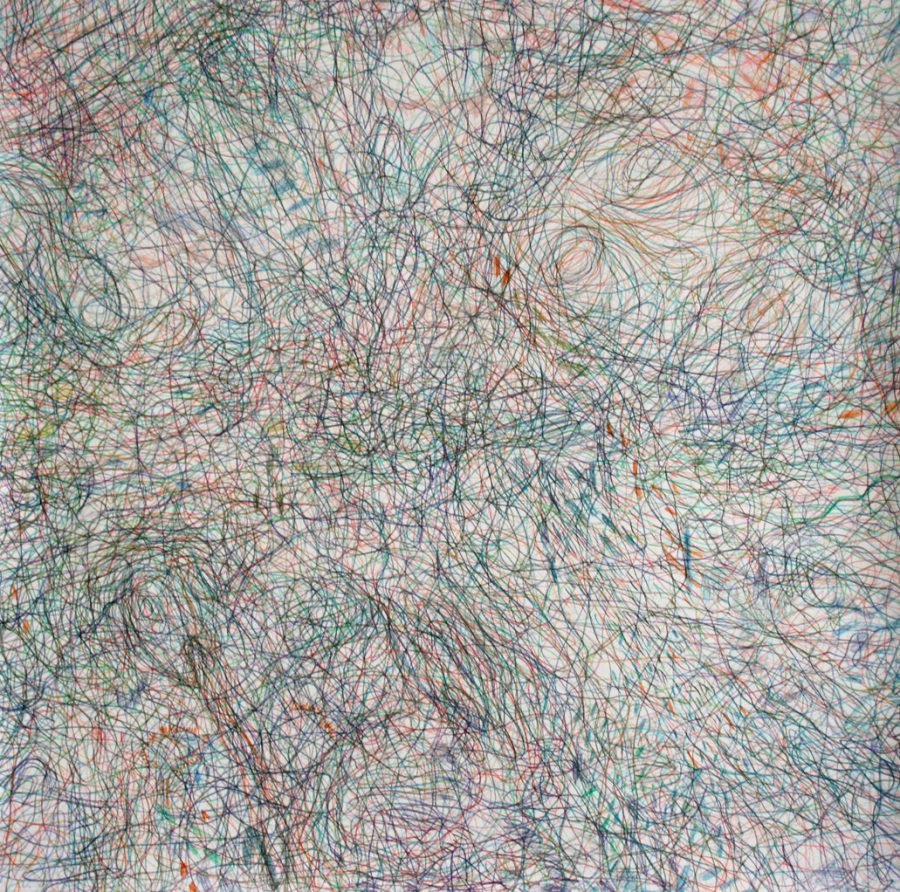 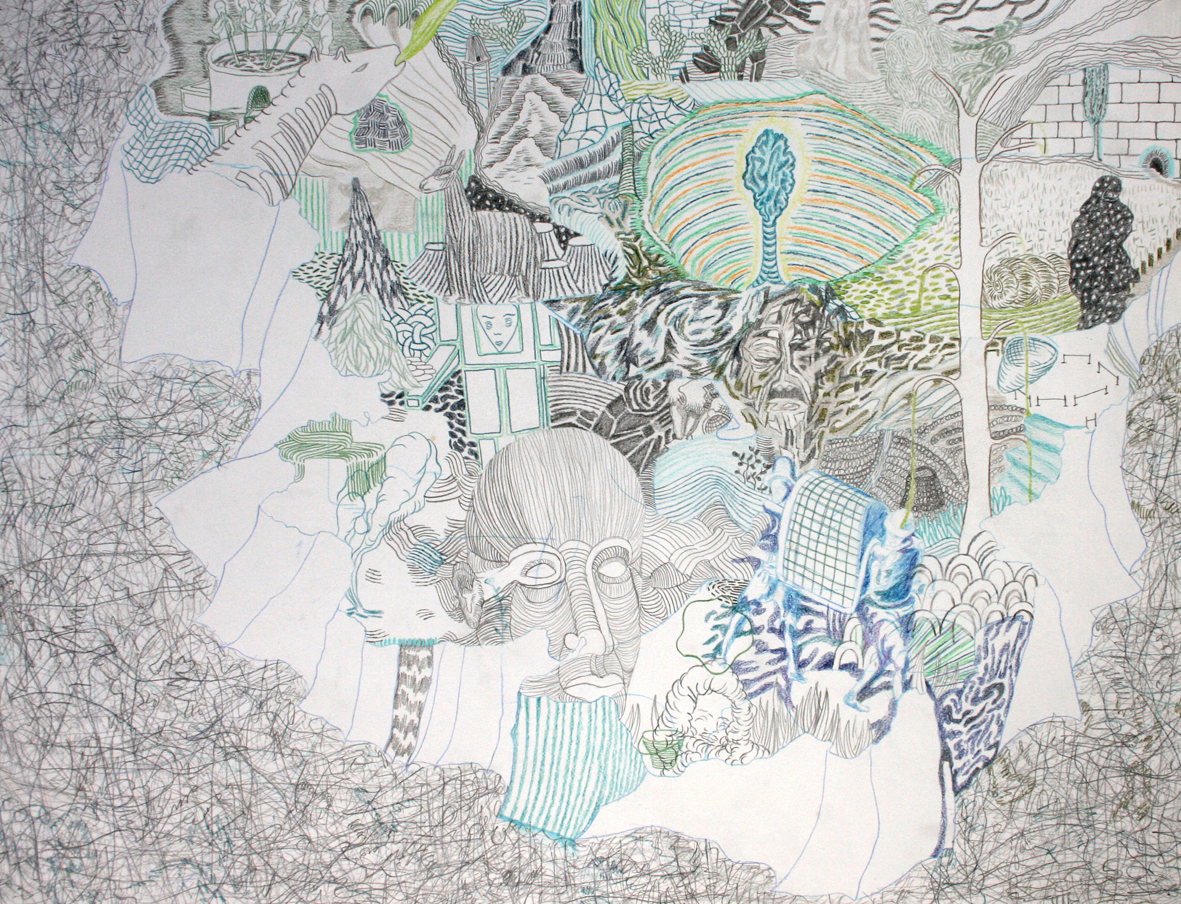 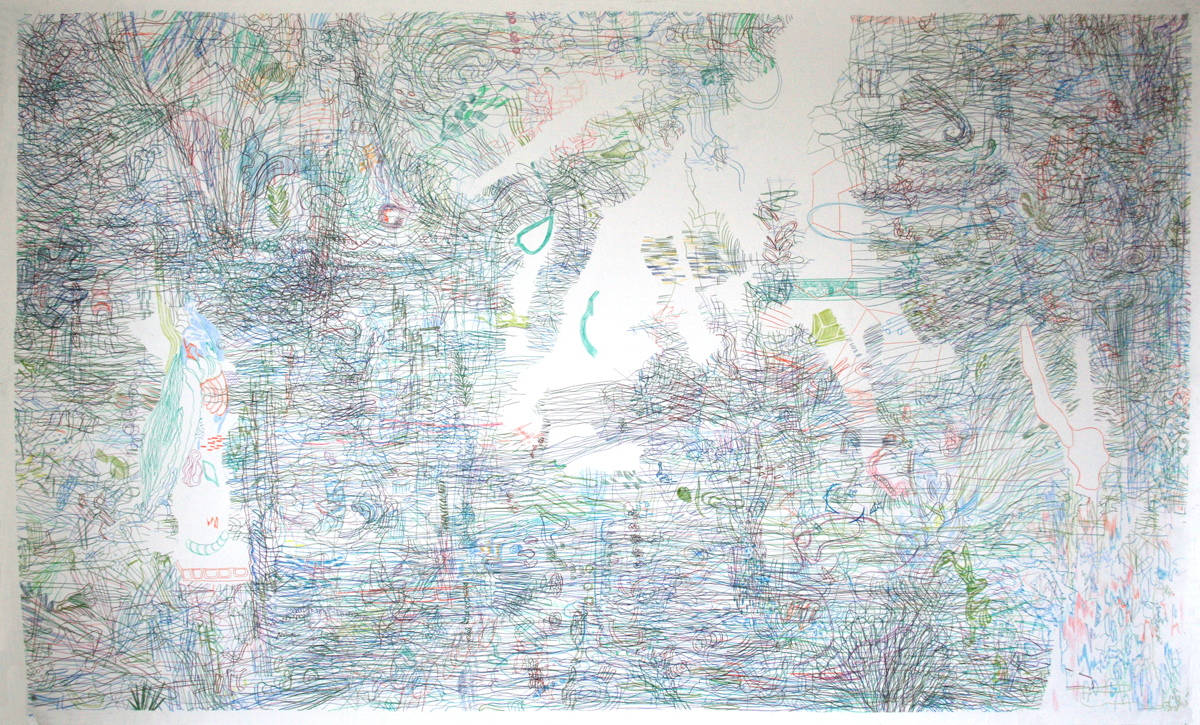 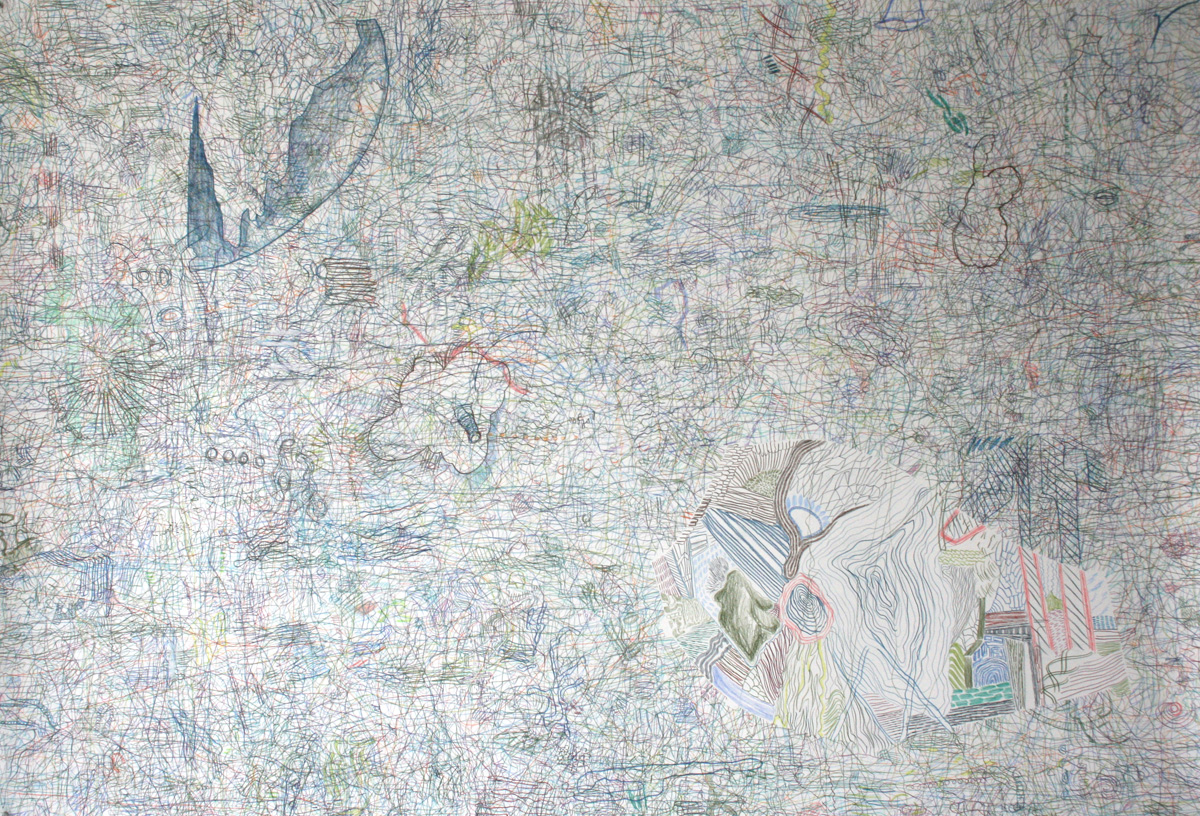 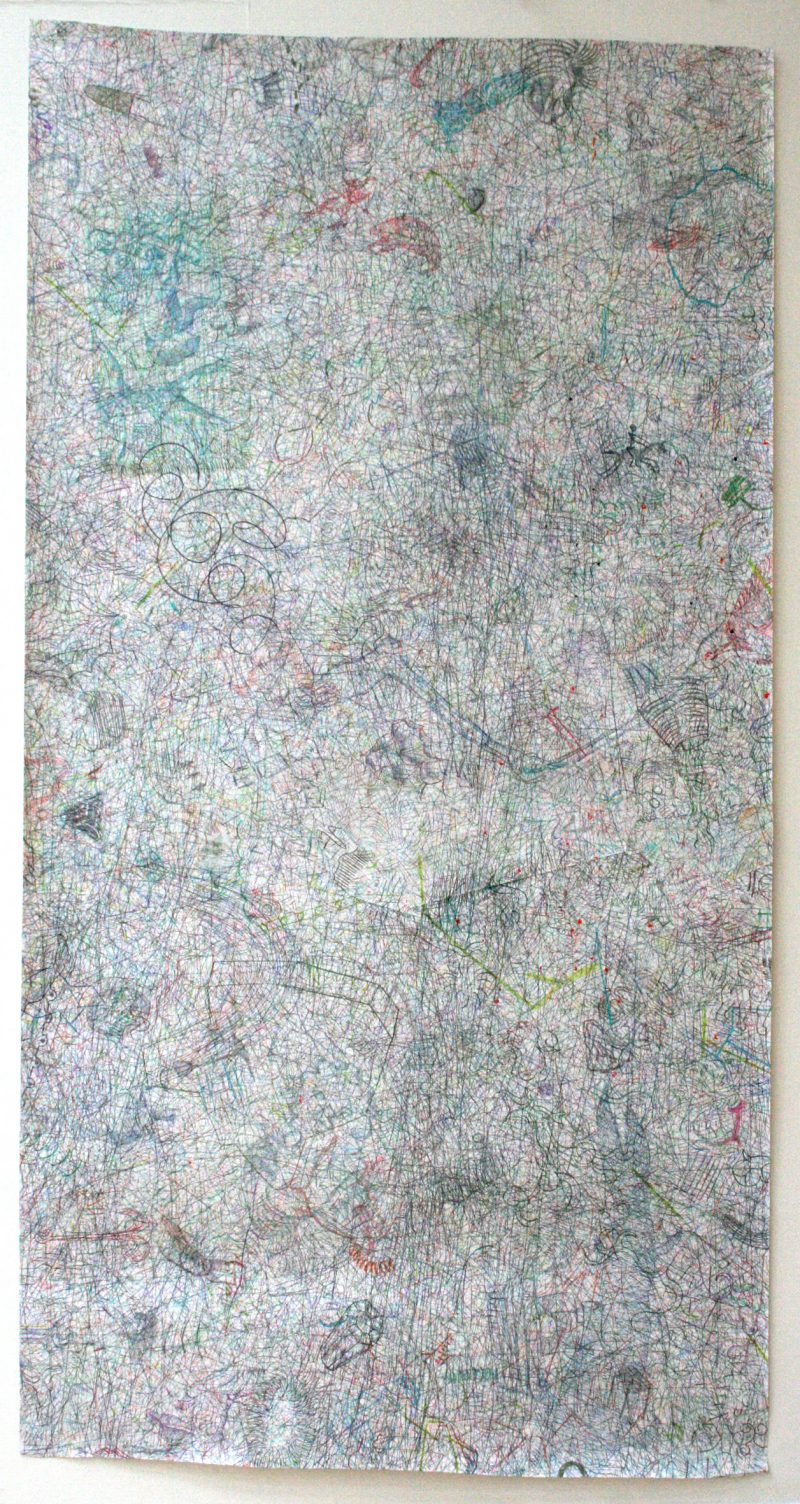 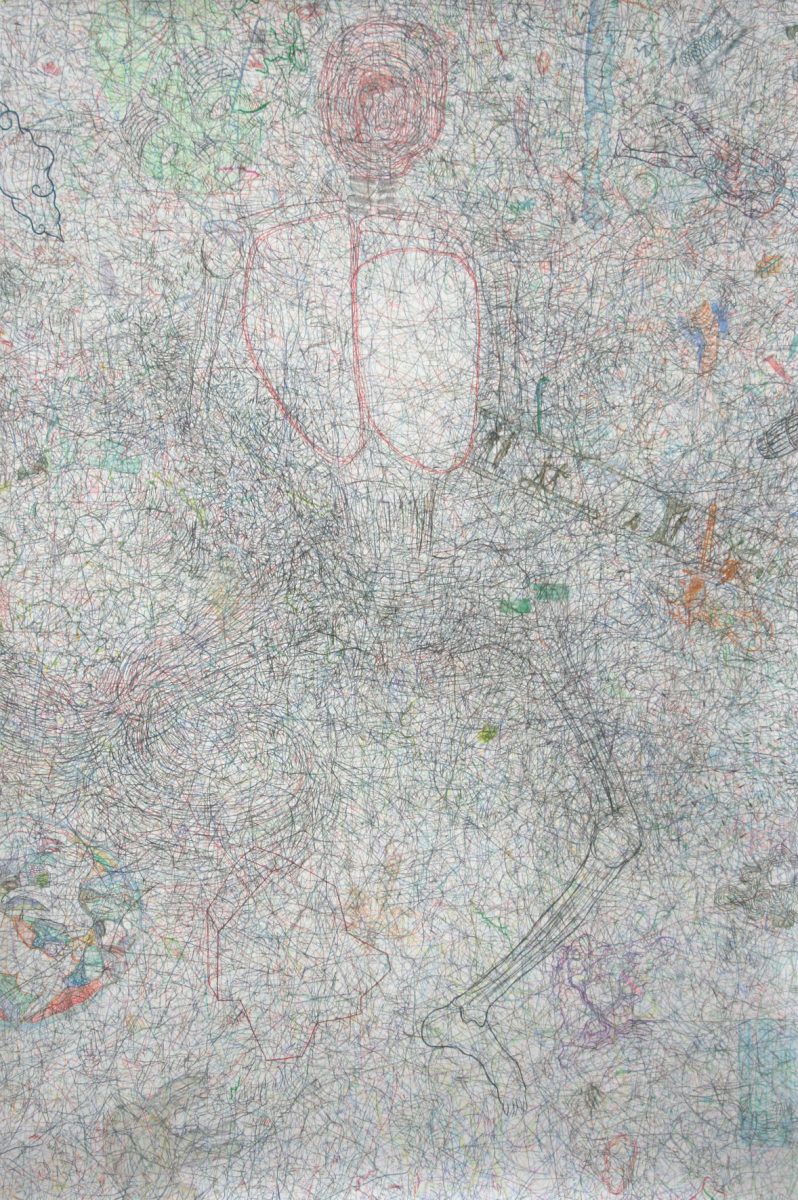 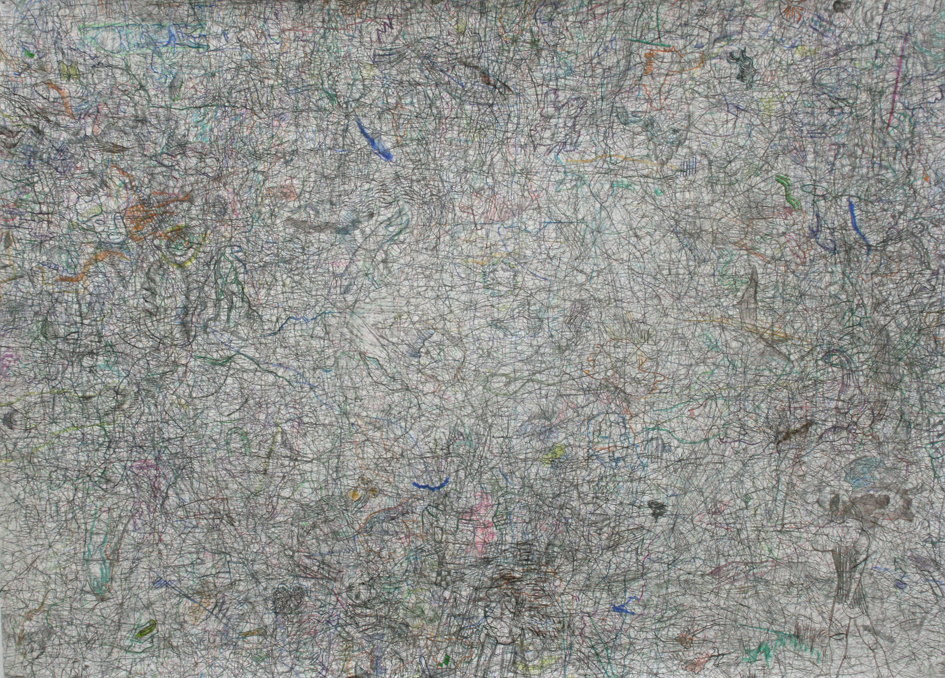