In close collaboration Rozemarijn Westerink and Marisa Rappard made the mural Passage on both walls of a biking tunnel in 2020.

Watch a short movie (in dutch, 5 mins) on the project here.

For the design Rappard and Westerink looked at the surrounding area. The tunnel is a most busy hub for bikers and scooters traveling from the North to the centre of Amersfoort and situated close to train station Schothorst. Surprisingly, directly next to it one finds a beautiful and quiet water-collection area where people walk their dogs. The adjacent neighbourhood is a mixture of living, working and educational buildings.

The work was commissioned by the municipality of Amersfoort with the condition that the users of the tunnel may participate in the intial phase of the design. Rappard and Westerink asked inhabitants and passers-by what words emerge when thinking of the tunnel and it’s surroundings. Words that popped up were nature, light, wind, asphalt, commuters, speed, houses, safety (or lack thereof), hope, as well as names of specific plants and animals to be seen in the area such as brem (genista), gierzwaluw (swift), sierappel (ornamental apple).

For the design Rappard and Westerink translated the words and their own observations intuitively into shapes and colours.

What resulted is a collage-like mural, representing the sensation of moving through the tunnel – often at high speed – experiencing a stream of impressions flowing past you, while focussing on specific things you see that draw attention. Rappard applied a wall-filling, colourful structure which in it’s abstraction refers to architectonical elements, as well as hurrying travellers, and nature closeby. Westerink inserted refined figurative elements that depict birds, plants, houses and sceneries to be found in the surroundings.

Photos by Rik Klein Gotink, except two with travellers by Simon Lamme. 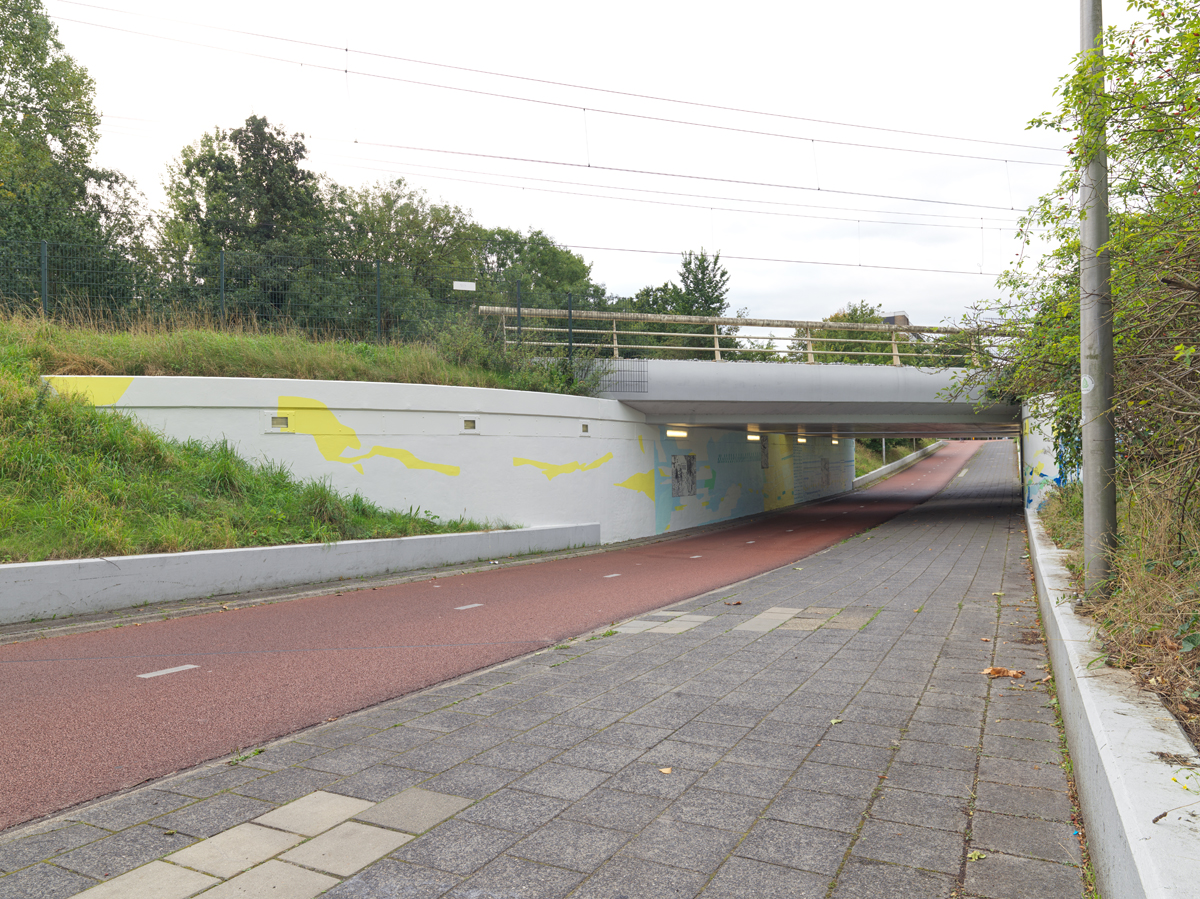 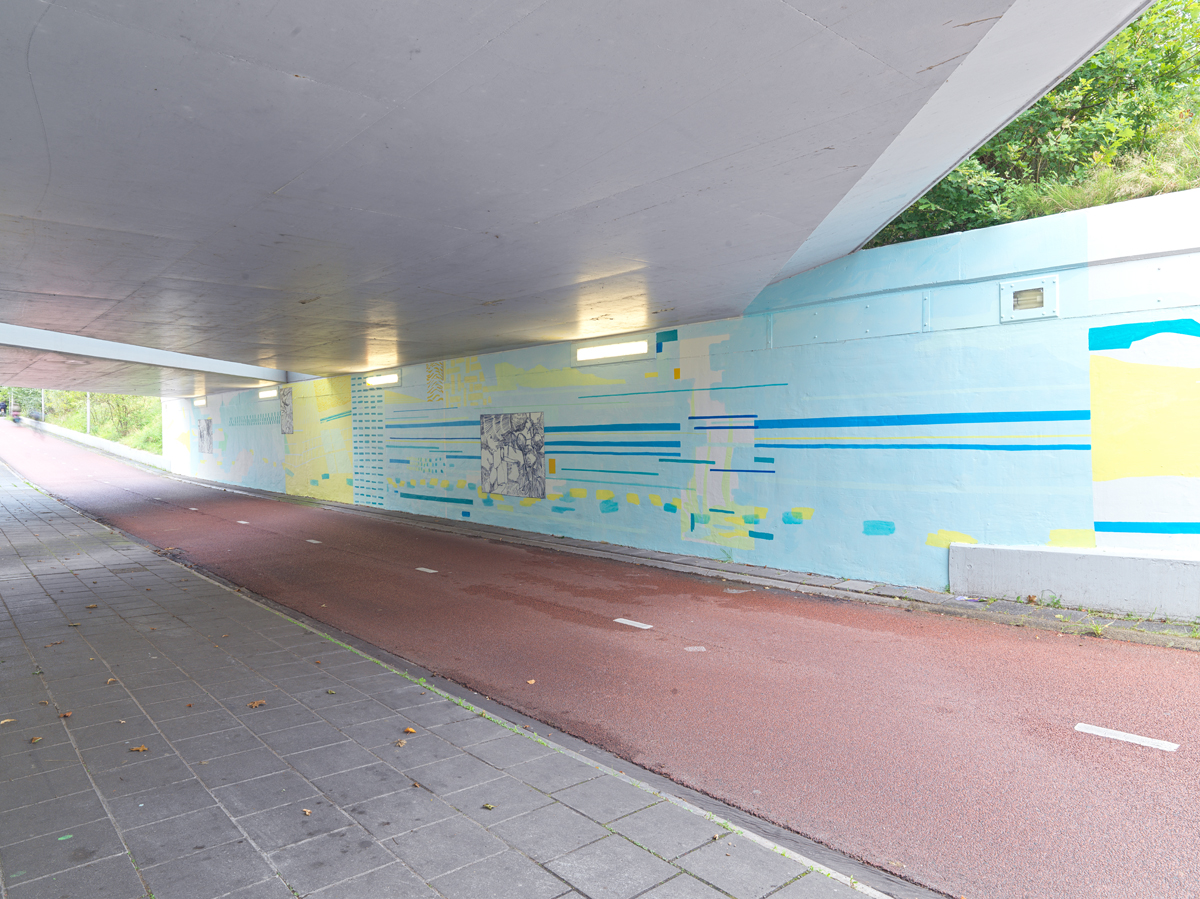 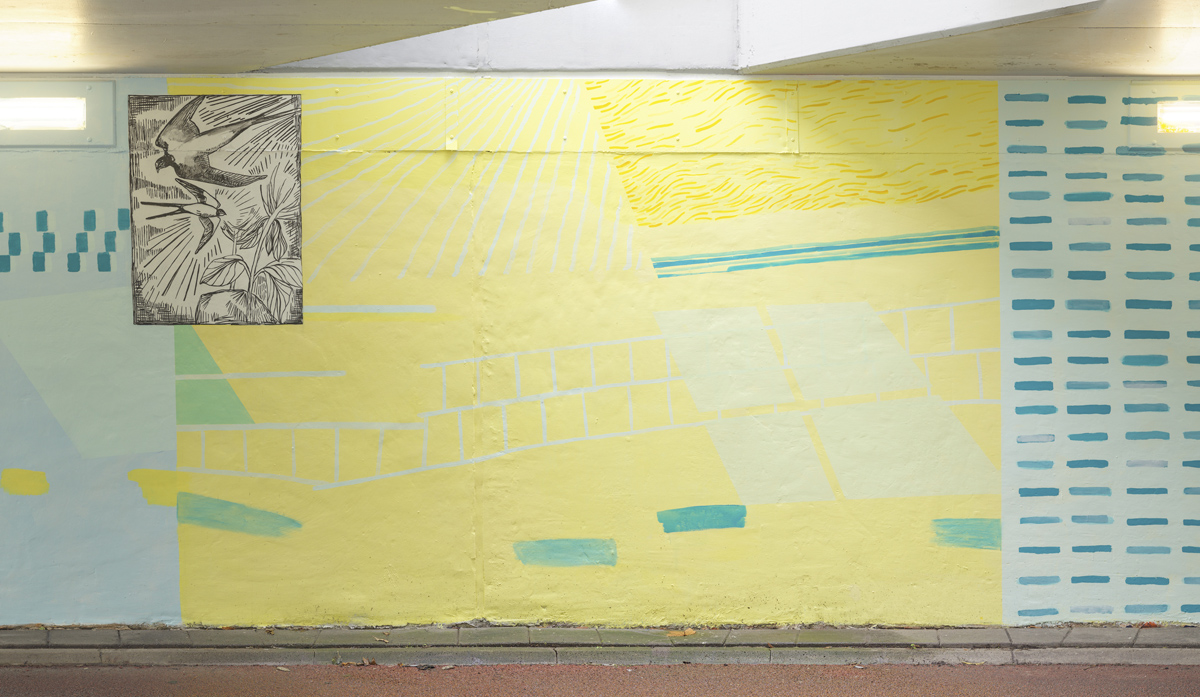 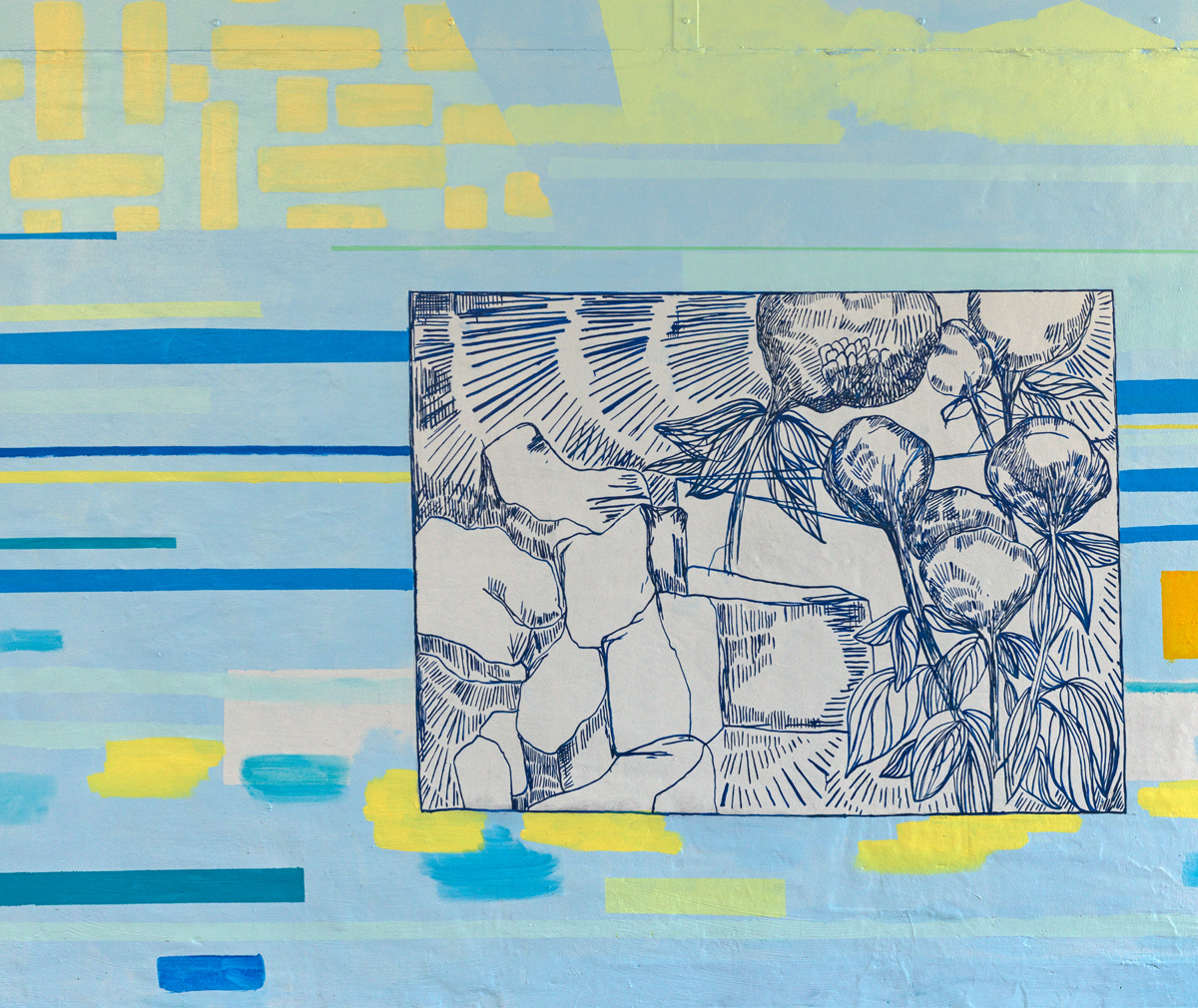 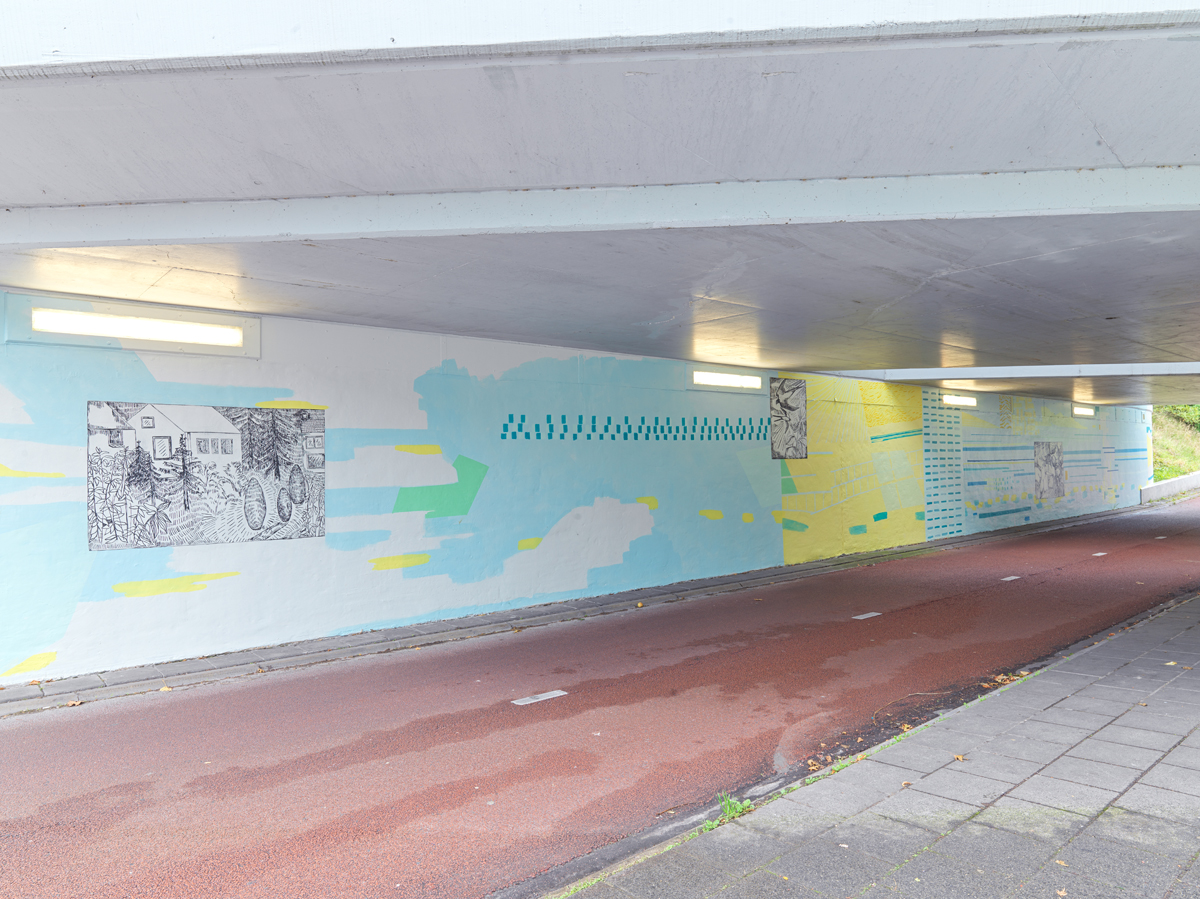 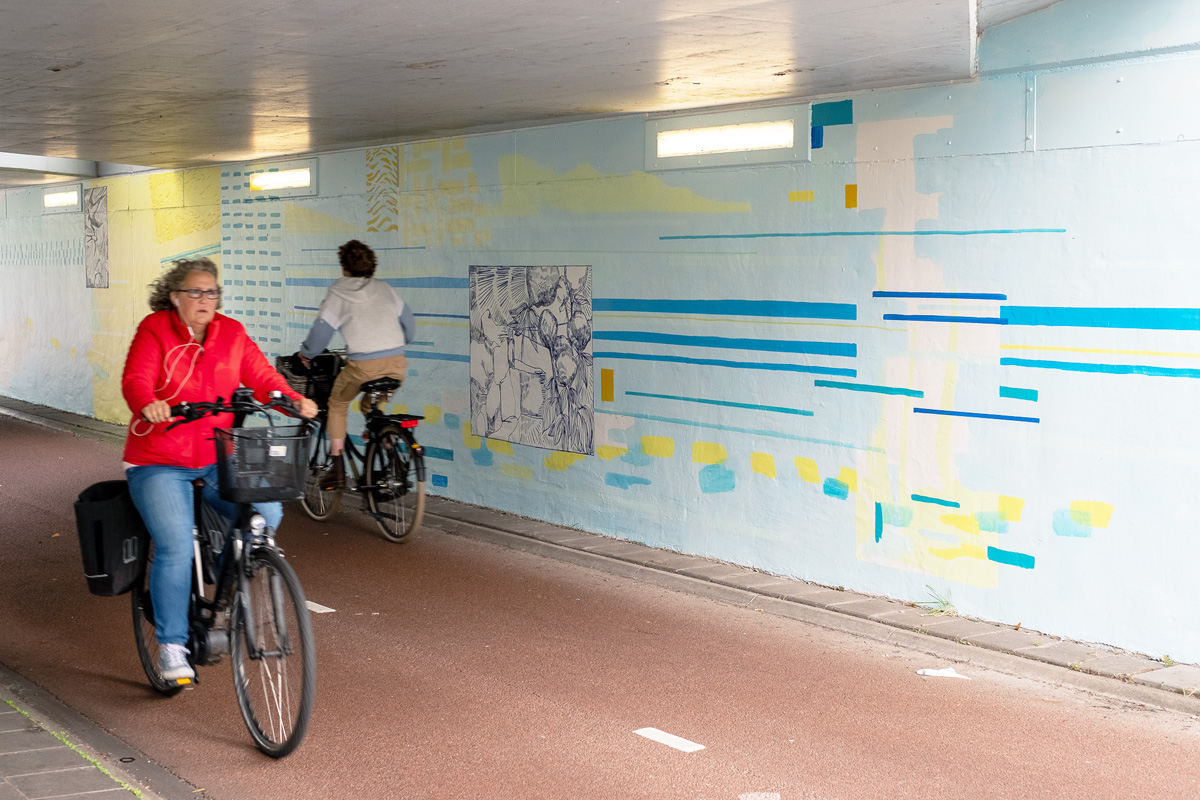 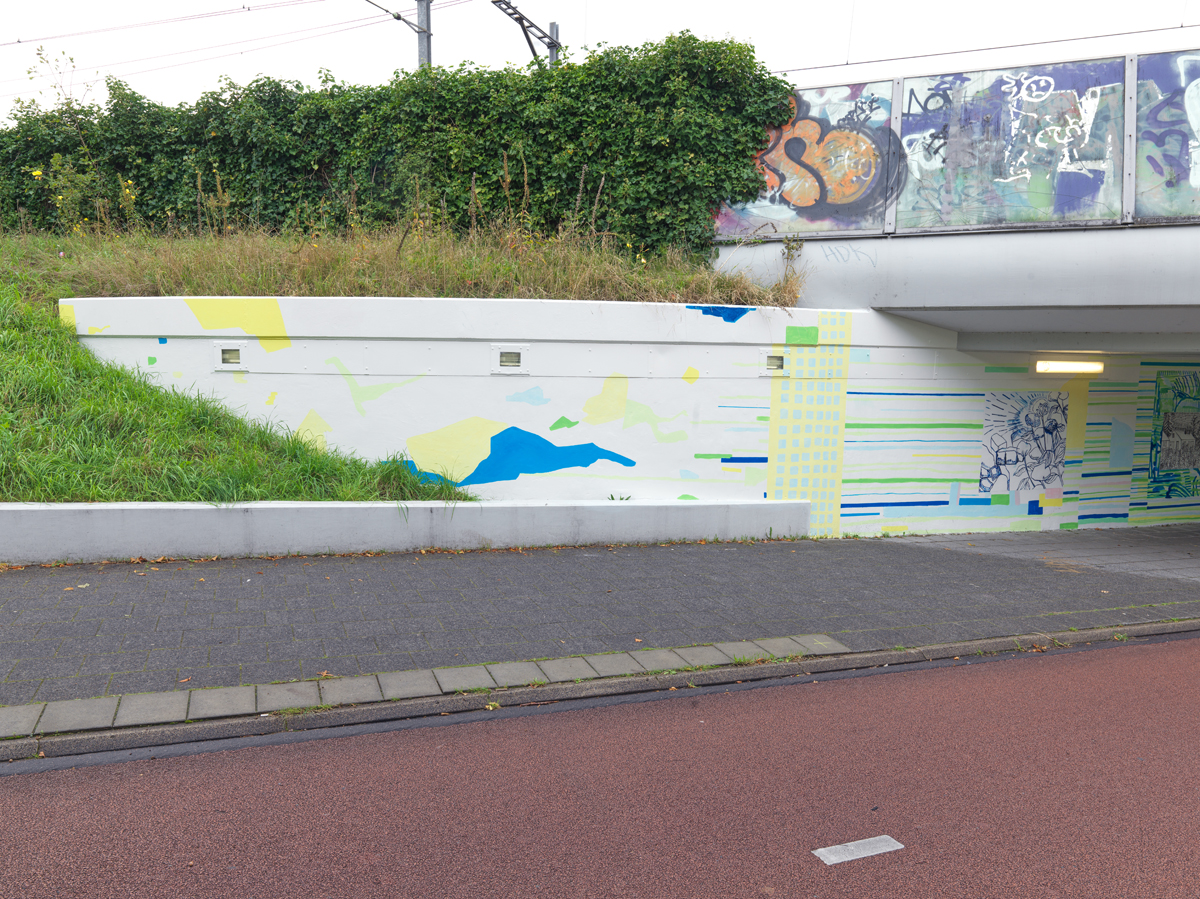 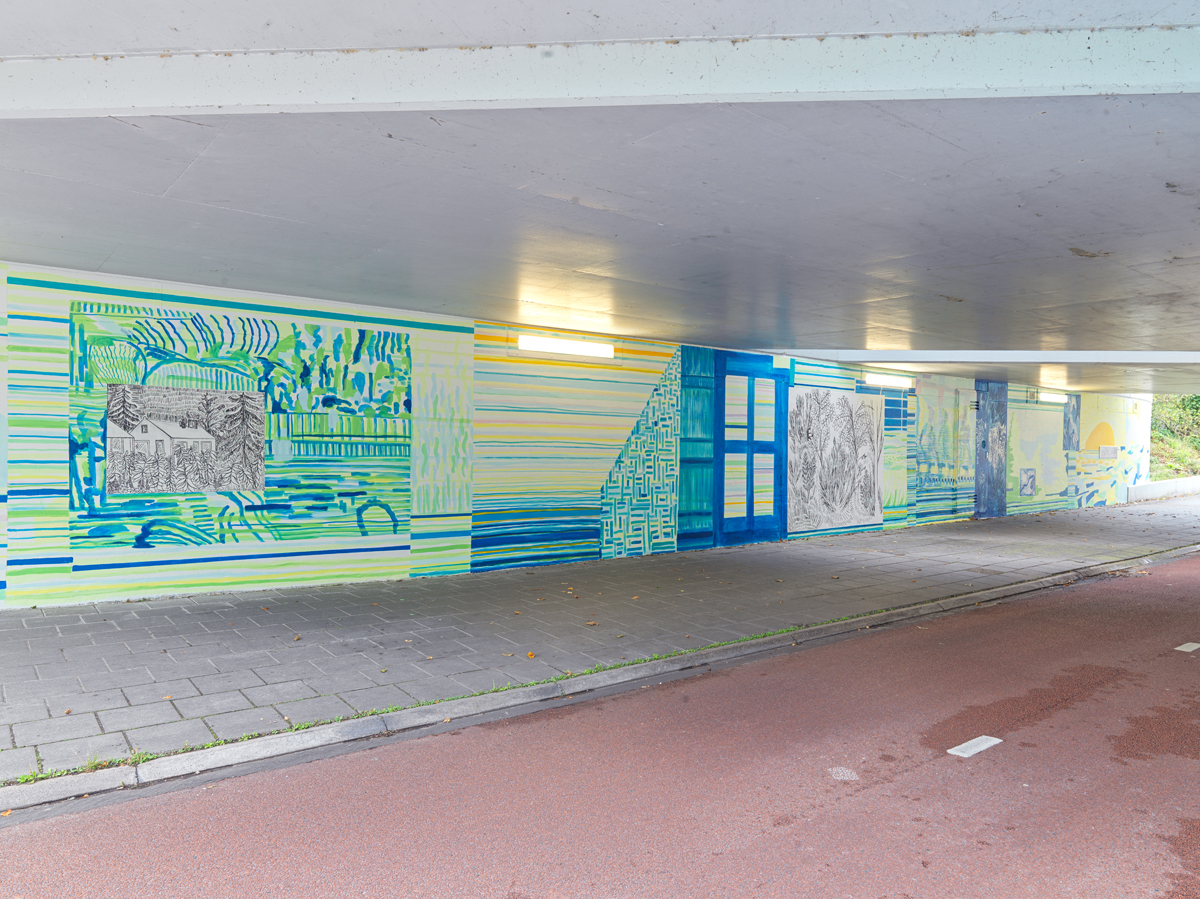 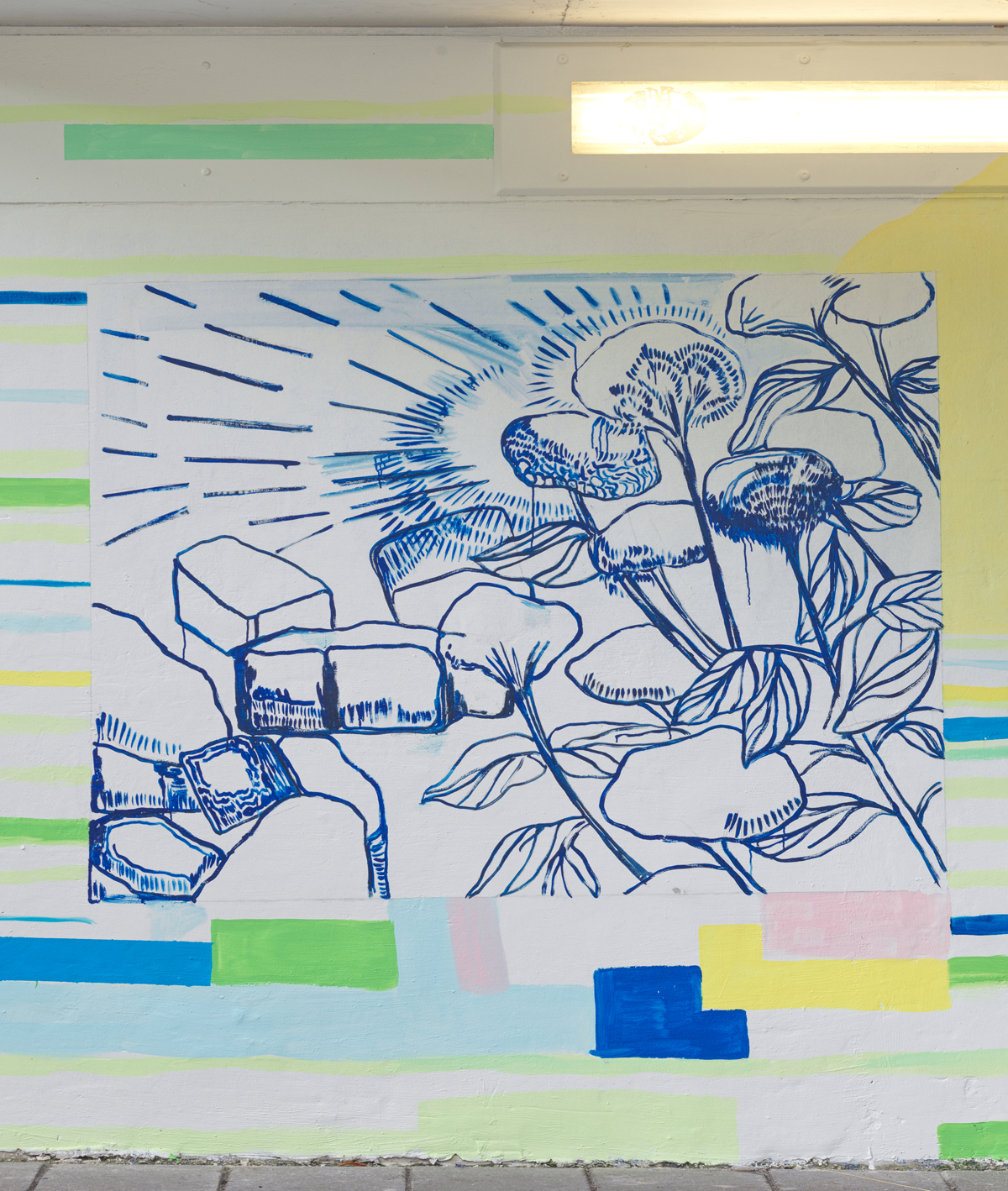 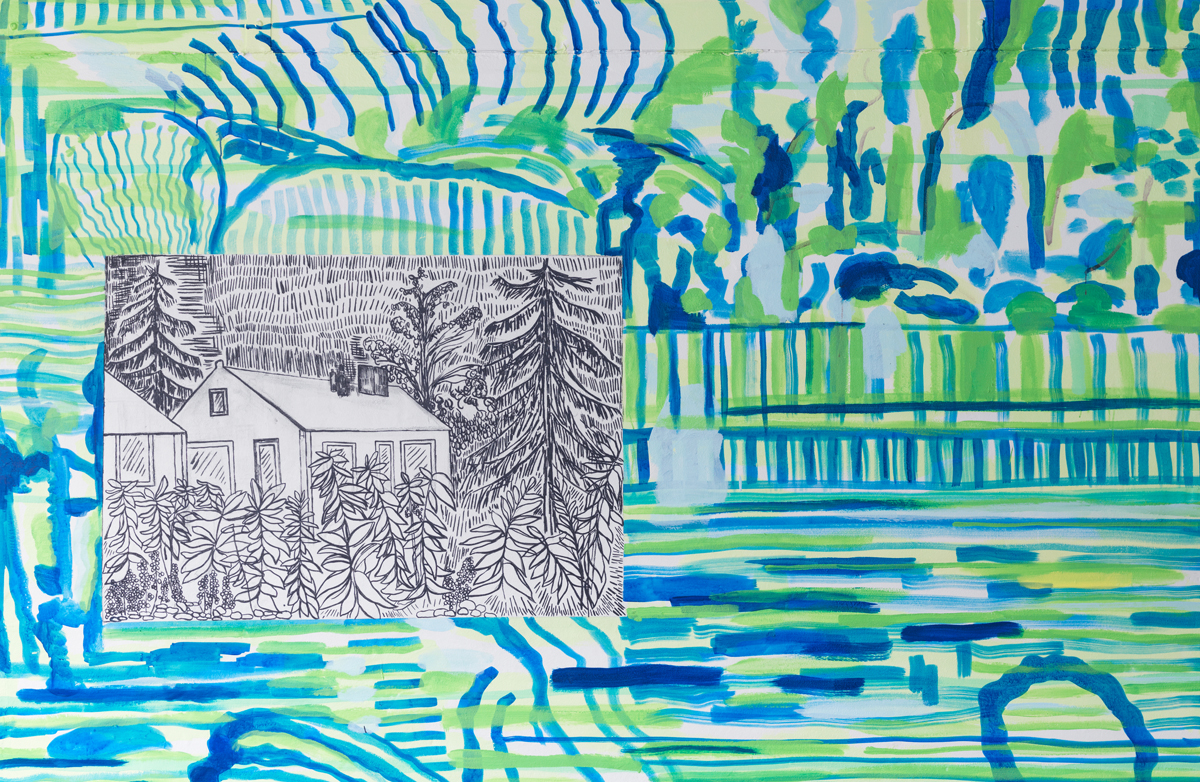 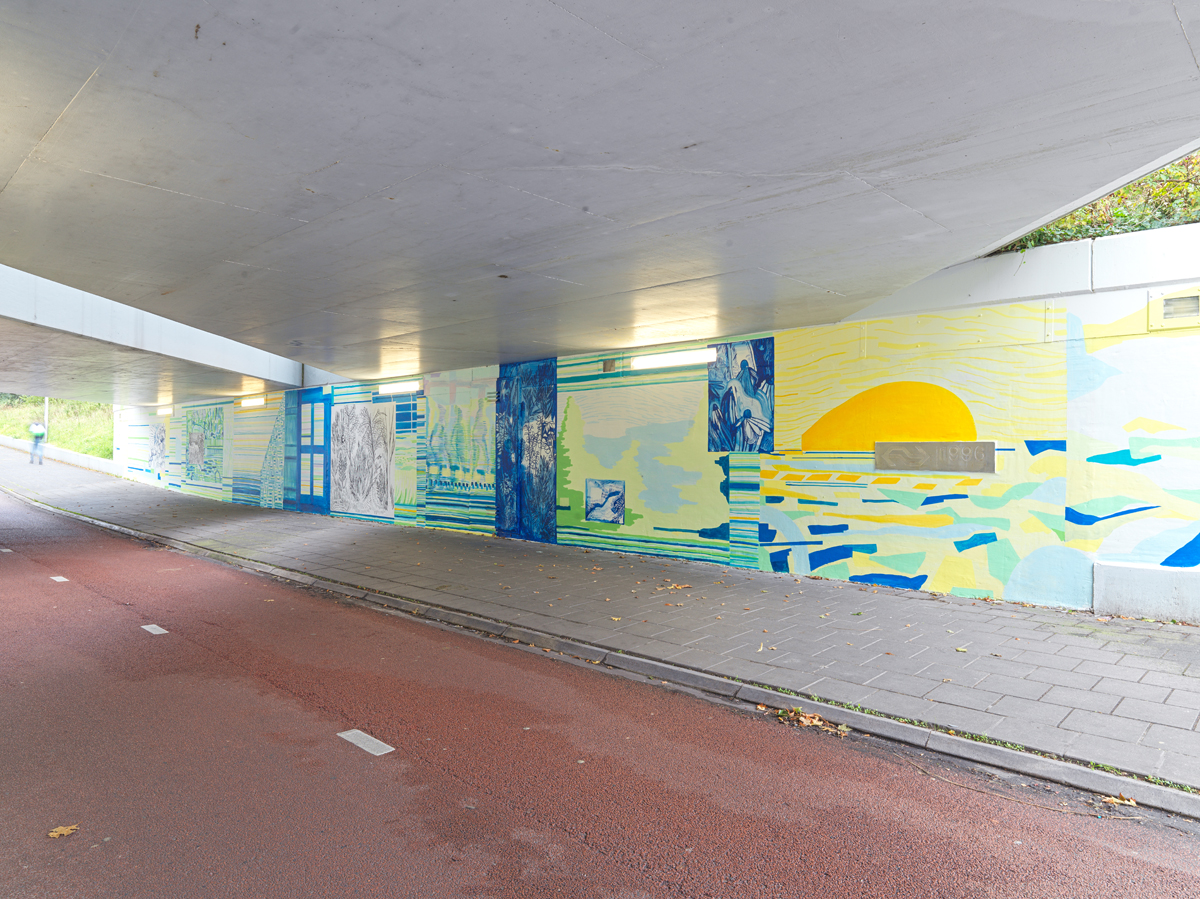