In 2019 at Kunstenlab in Deventer they developed a site specific installation: a drawing you can enter, a three dimensional work that pulls you in. On the outside of this work radically crosing the room, organised abtract structures can be seen. Once having entered you find yourself in an area where you are forced to let go of certainties: the drawing completely desintegrates into a stream of lines and blots. Coming out on the other side of this mirrored structure, you see an altered copy of the first drawing on the front side. Smaller maquette works interacting with the large work tilt your perspective.

The artists continued their collaboration at Museum Rijswijk for the Paper Biennal 2020 and made another site-specific work. Continuing the staircase giving entrance to the room, this monumental looking work in fact is not as reliable as it seems, consisting of mere empty cardboard volumes. In the open volumes at both sides a labyrinthic construction of stairways can be seen, which, like the work itself, give little certainty on which path to take.

De Jong usually works three dimensionally as does Rappard on the flat surface. In this experimental project they investigated how their individual visual languages and working methods can be combined, resulting in new work: both a room-filling installation and smaller works in which De Jong reacted three dimensionally to two-dimensional works by Rappard. 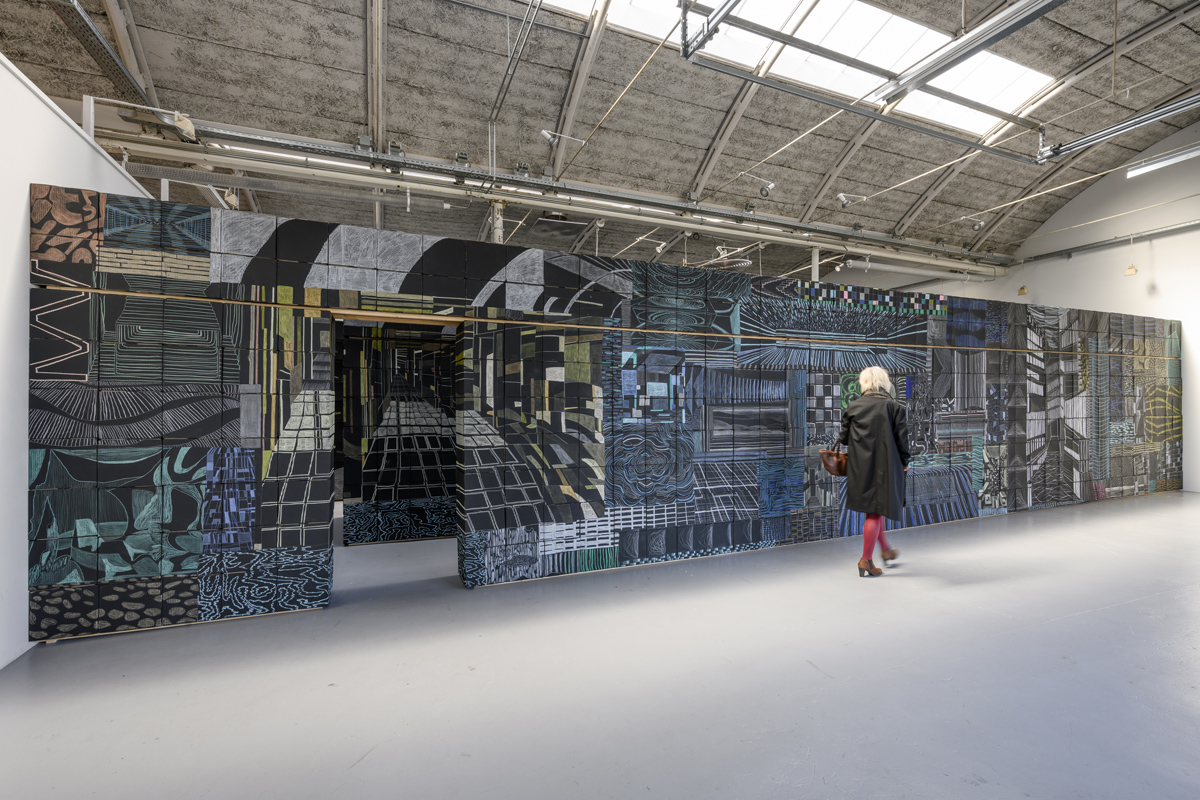 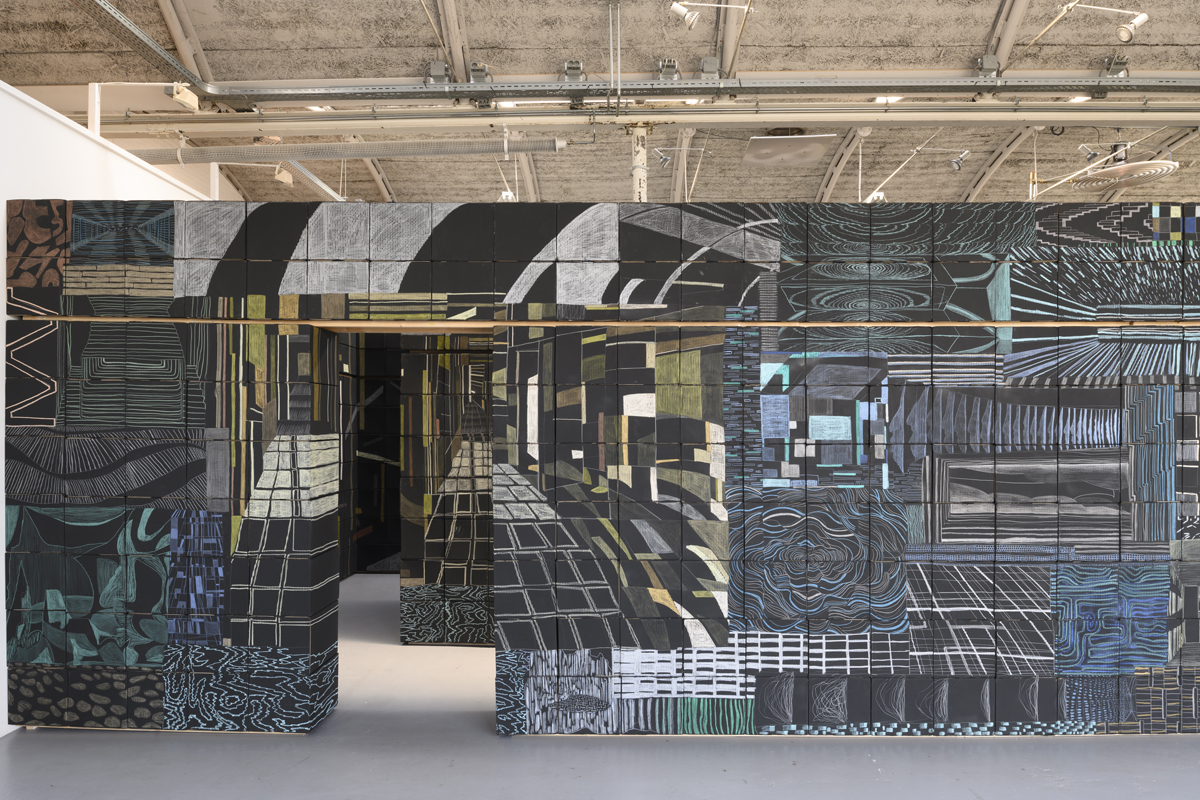 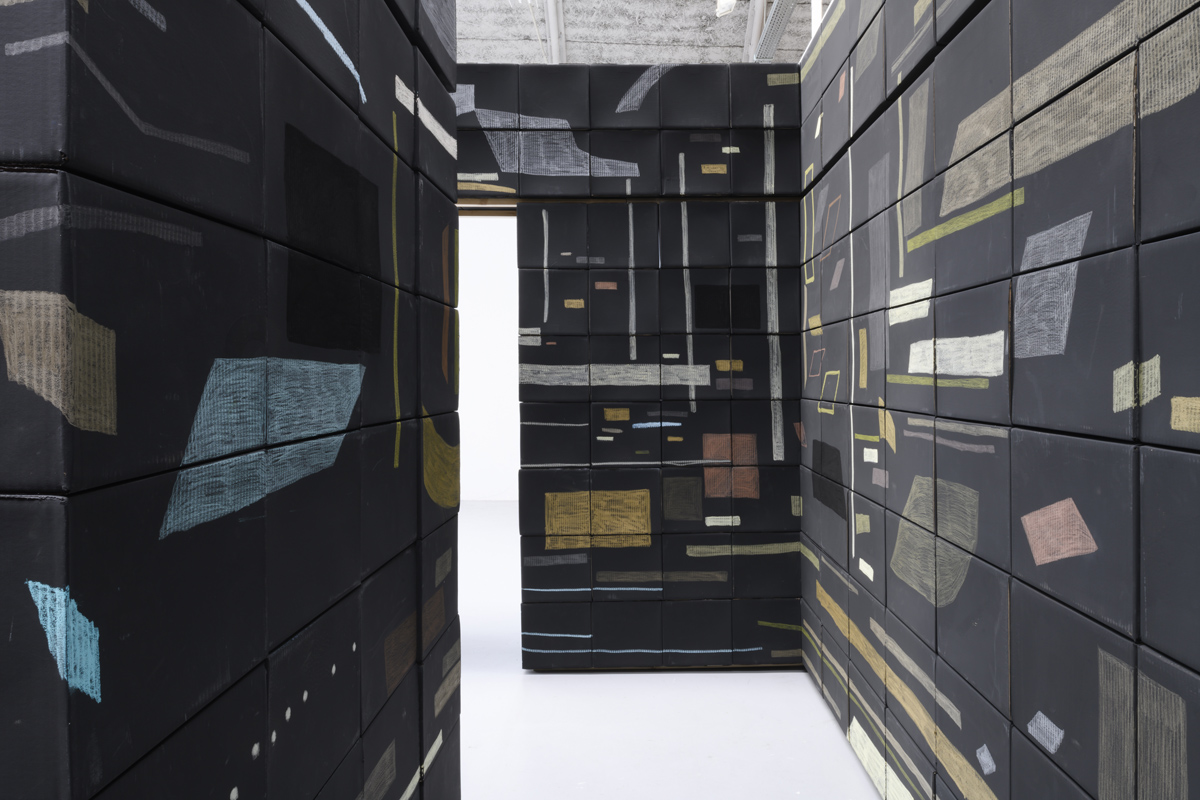 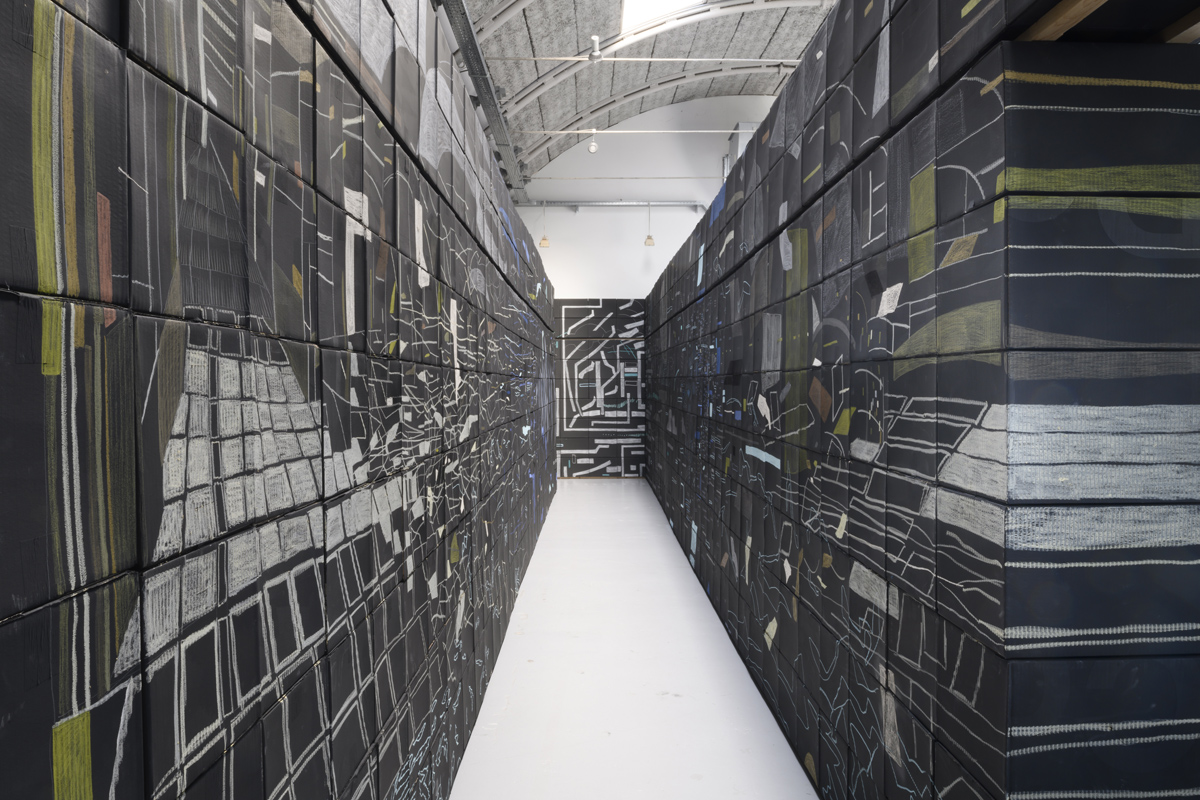 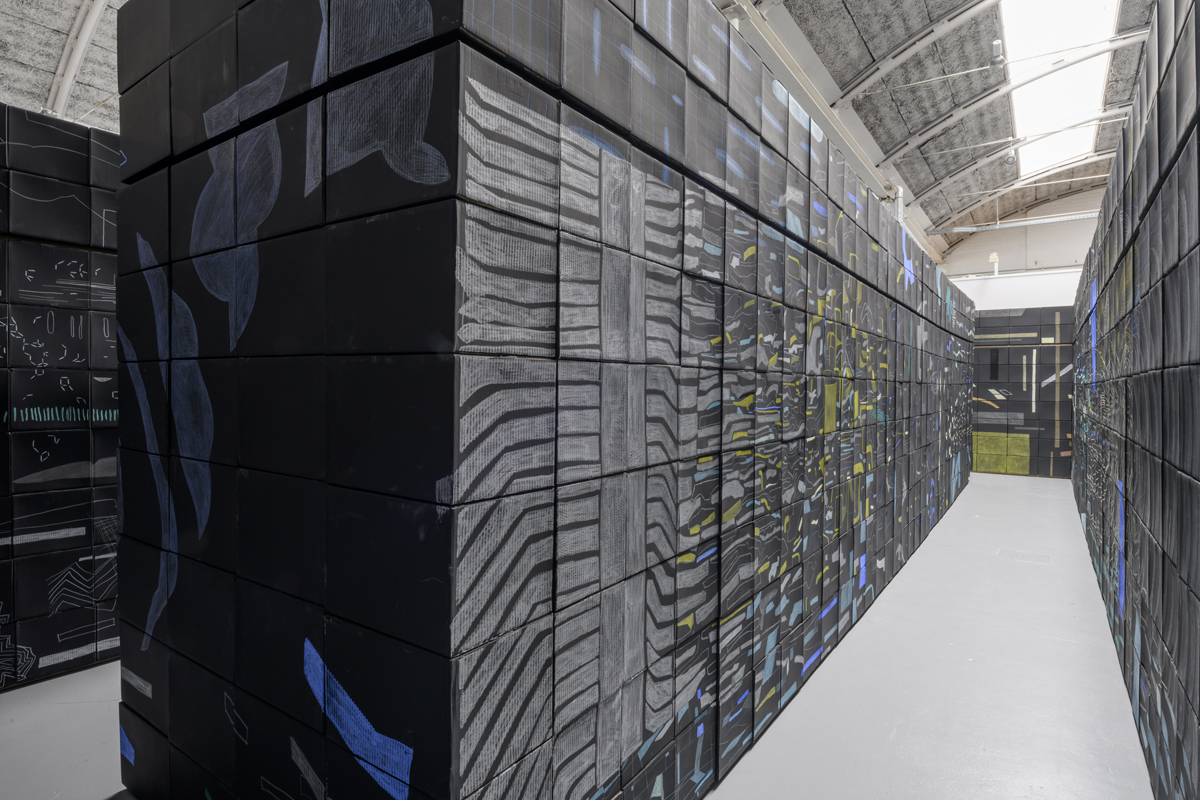 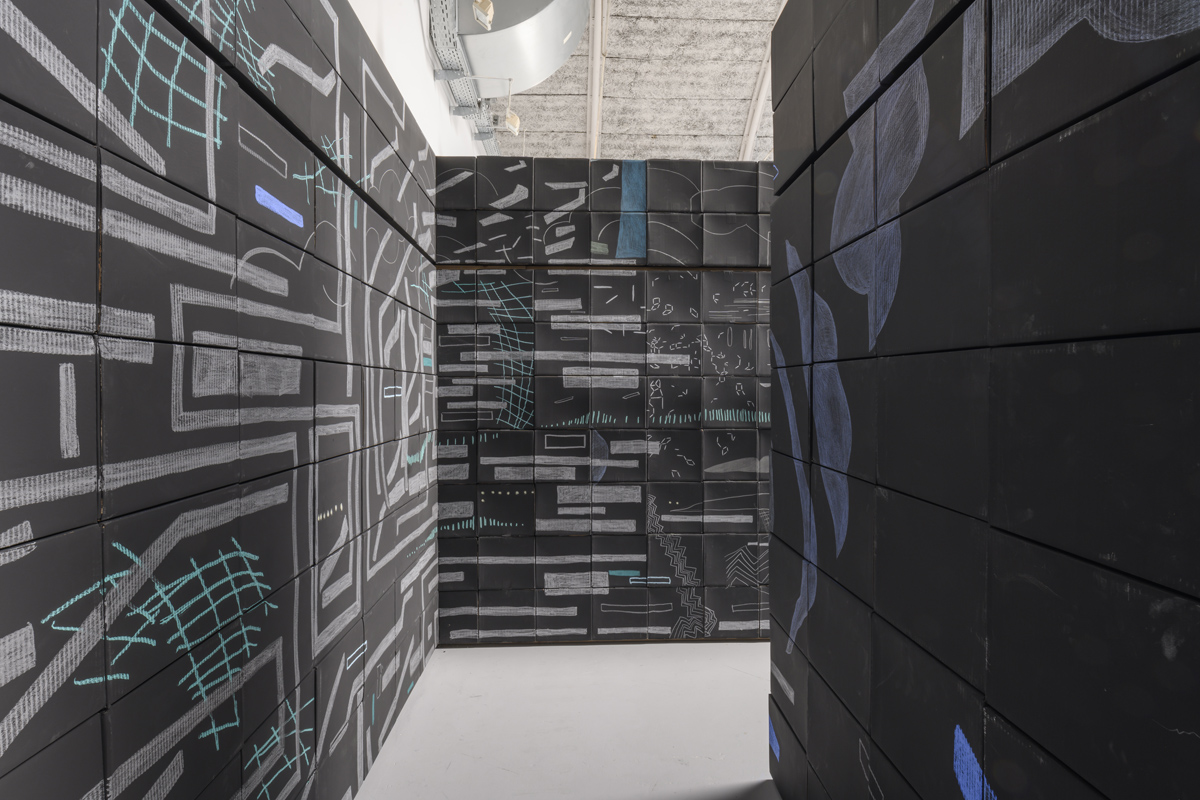 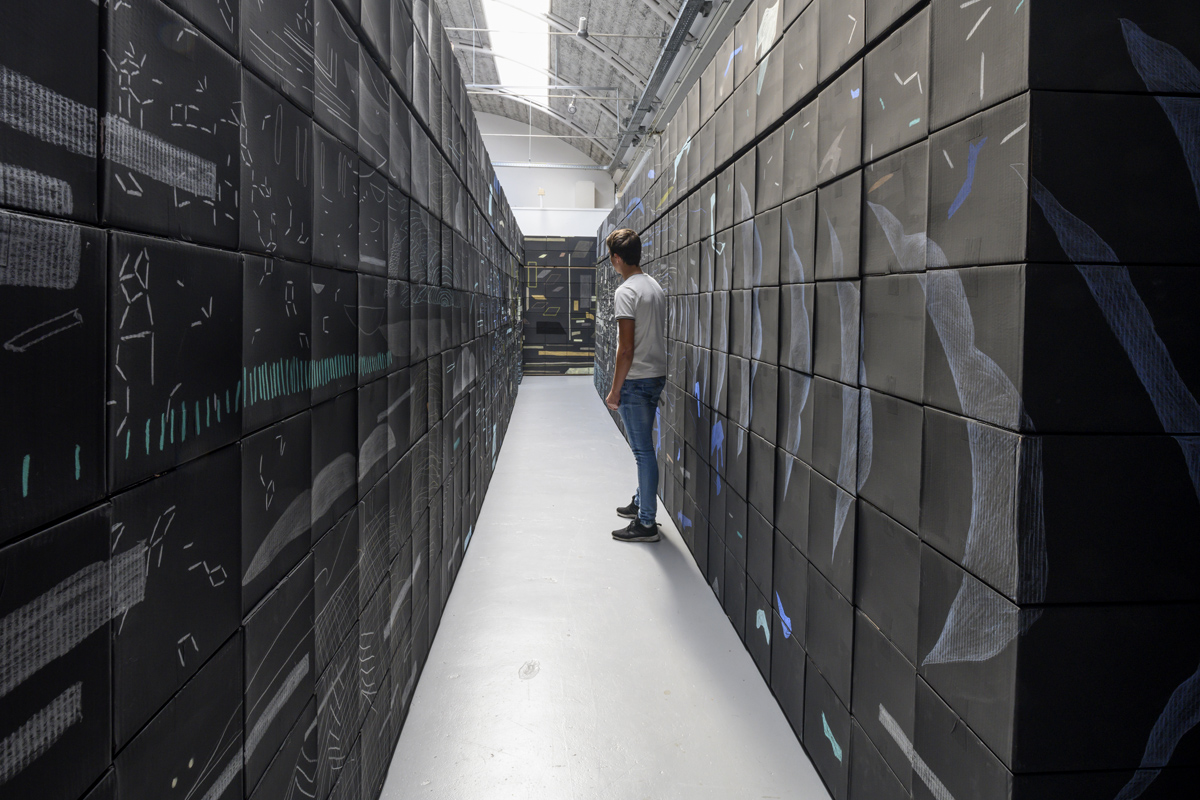 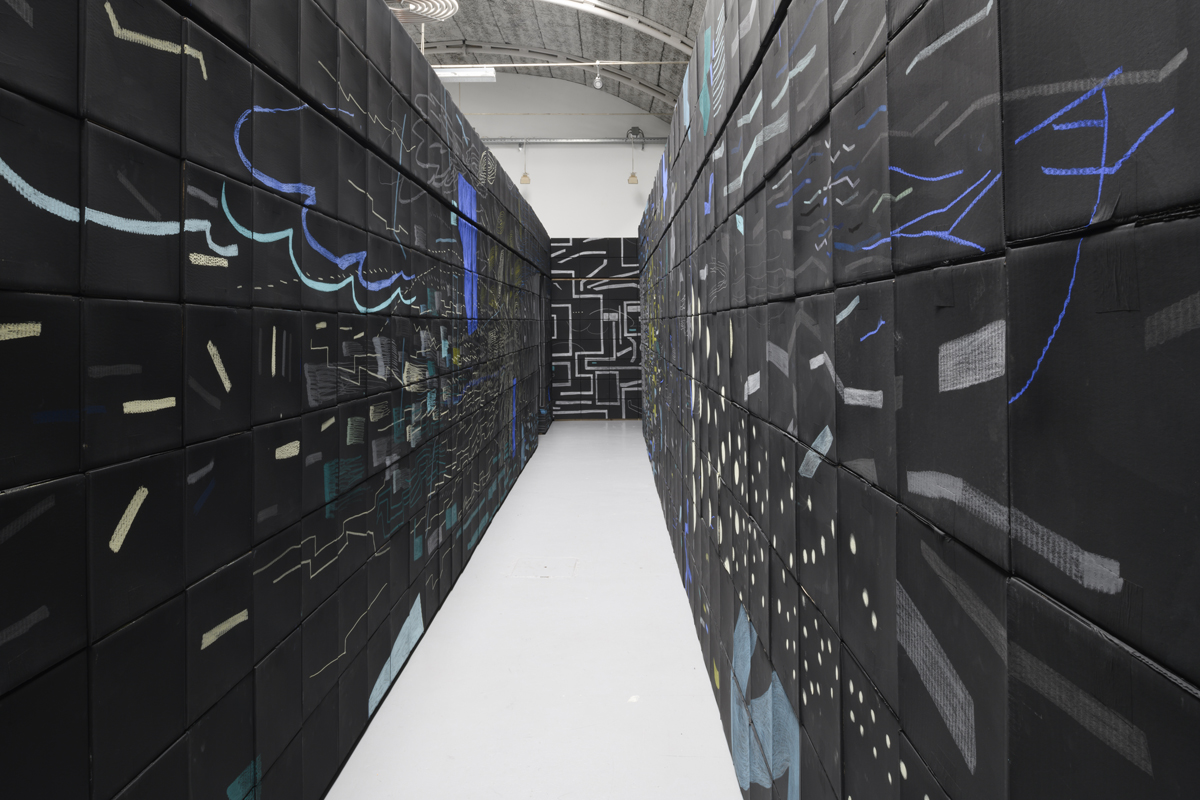 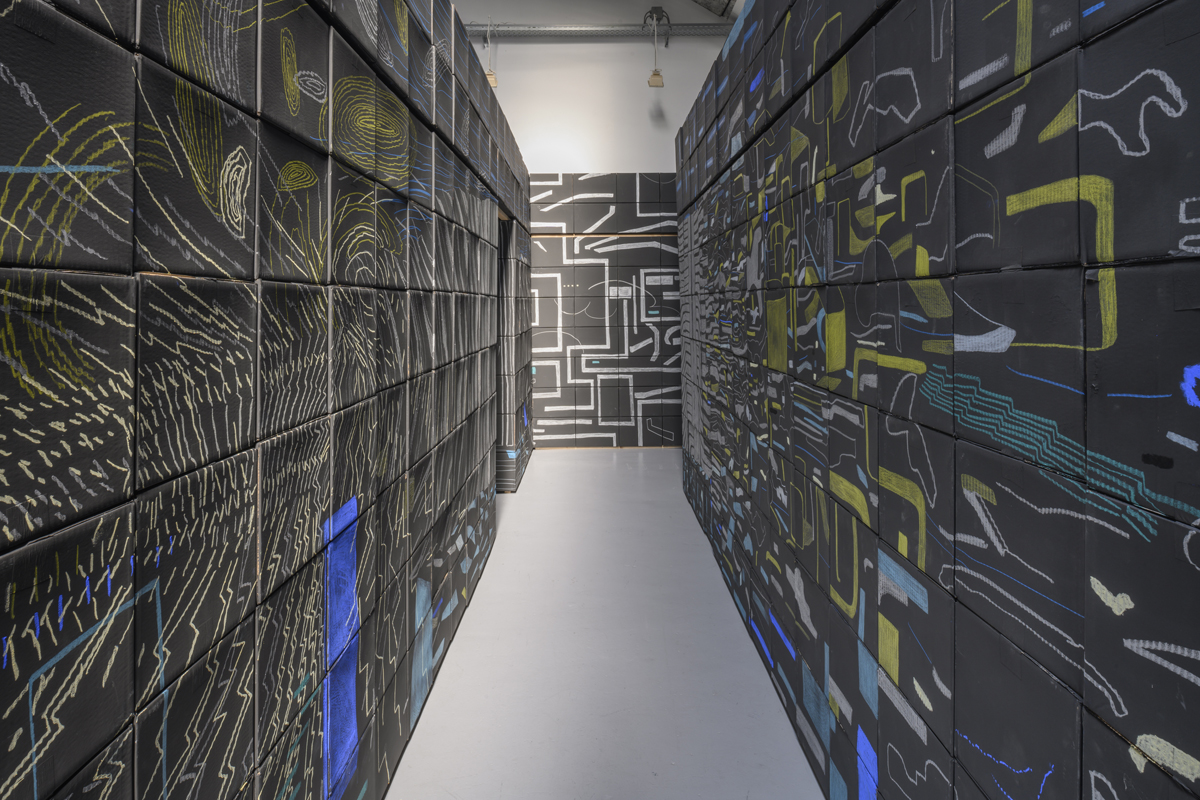 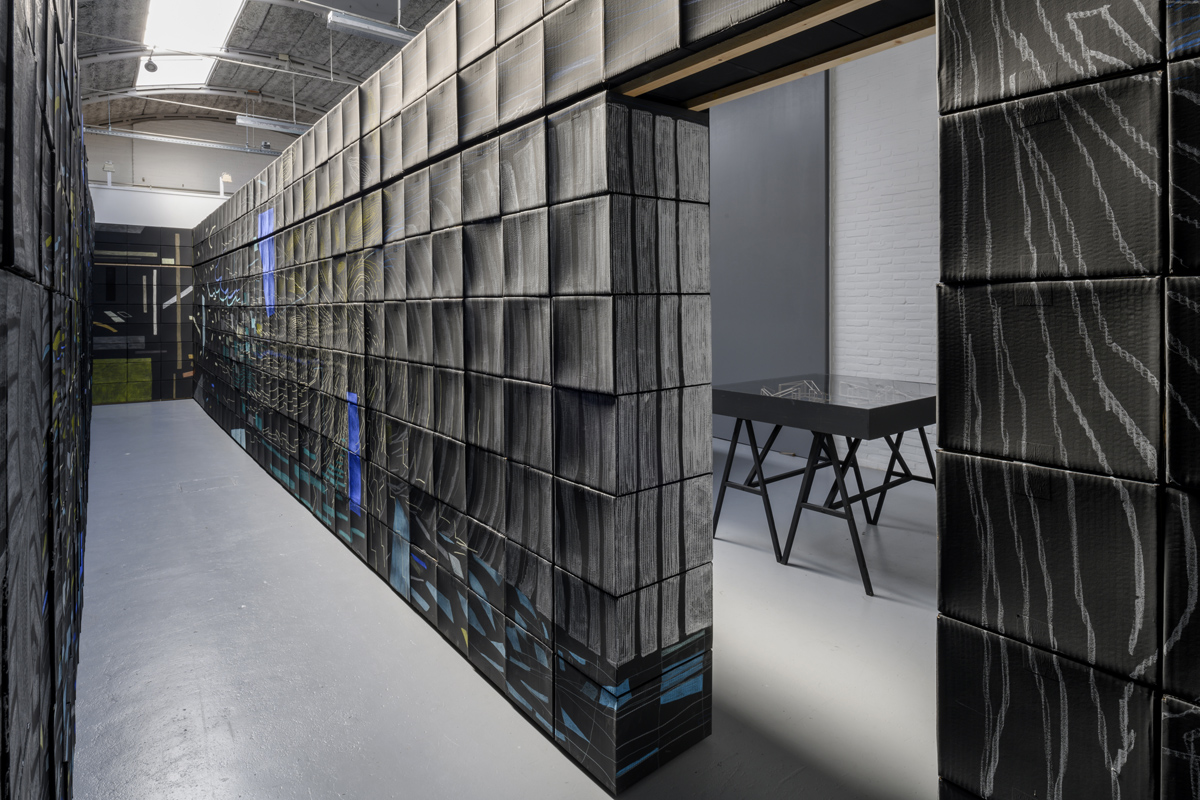 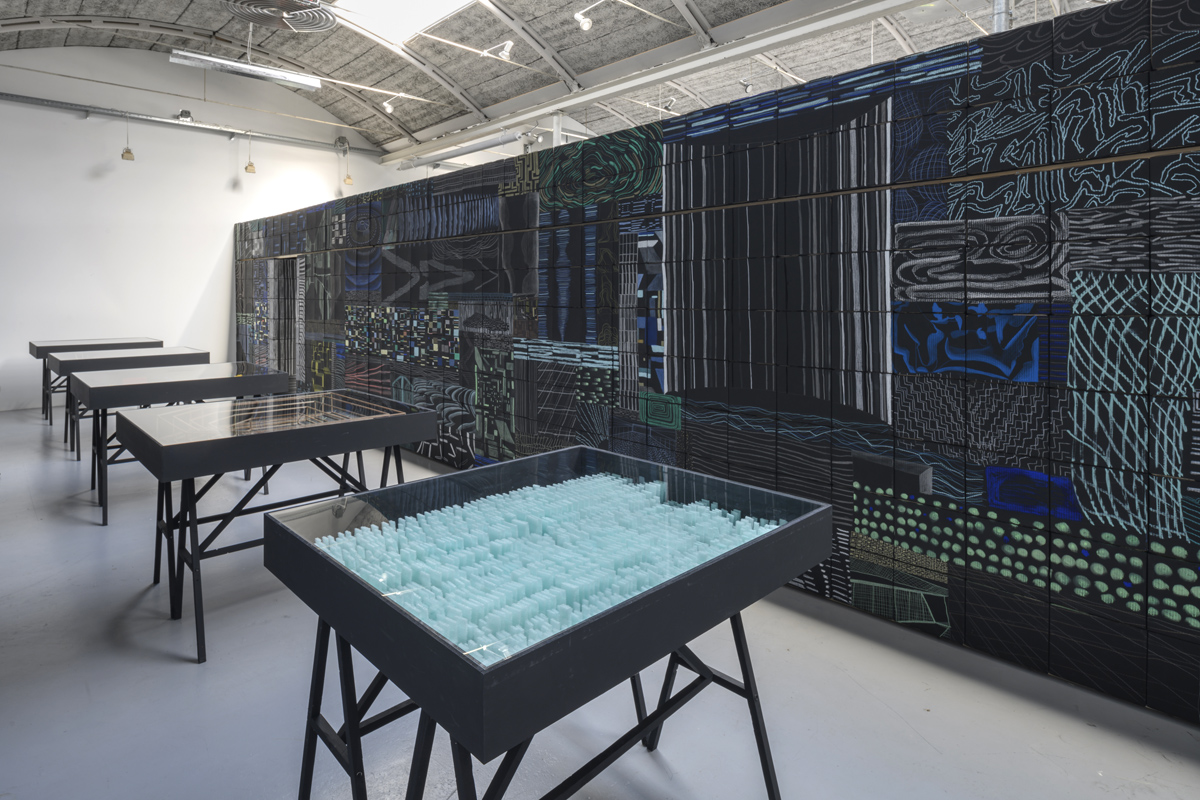 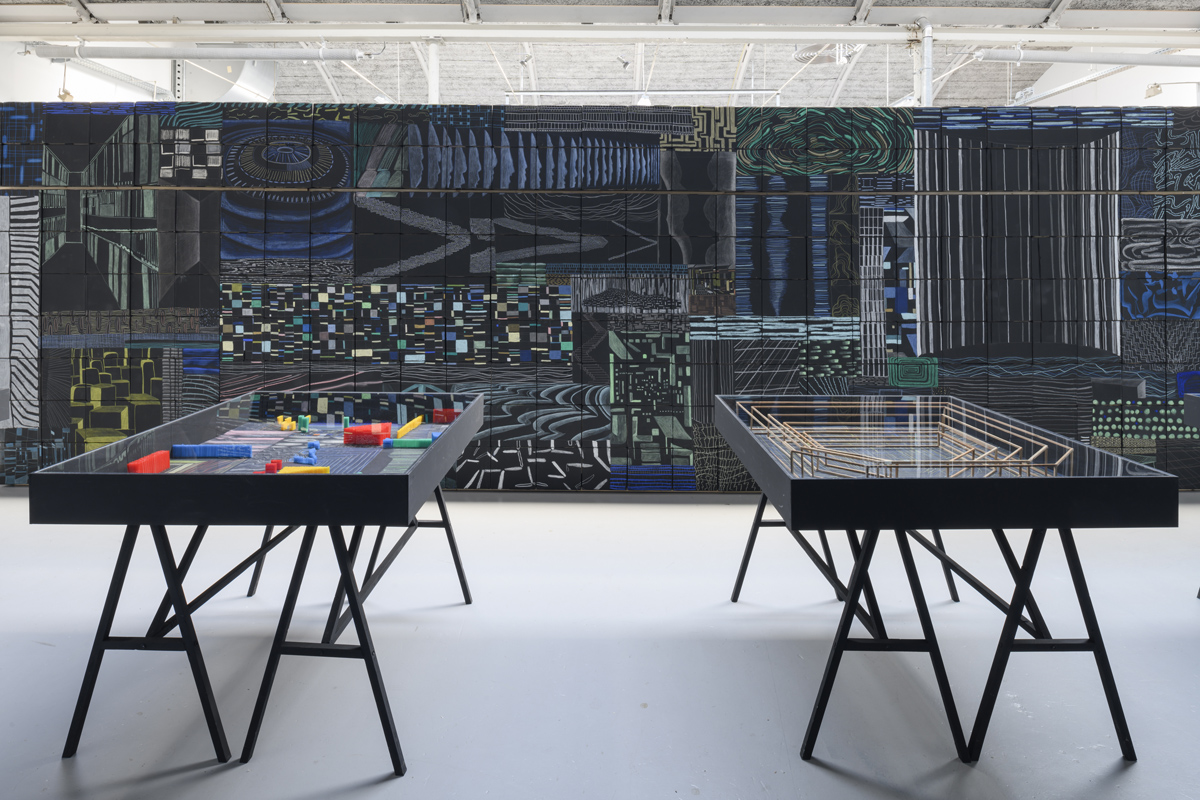 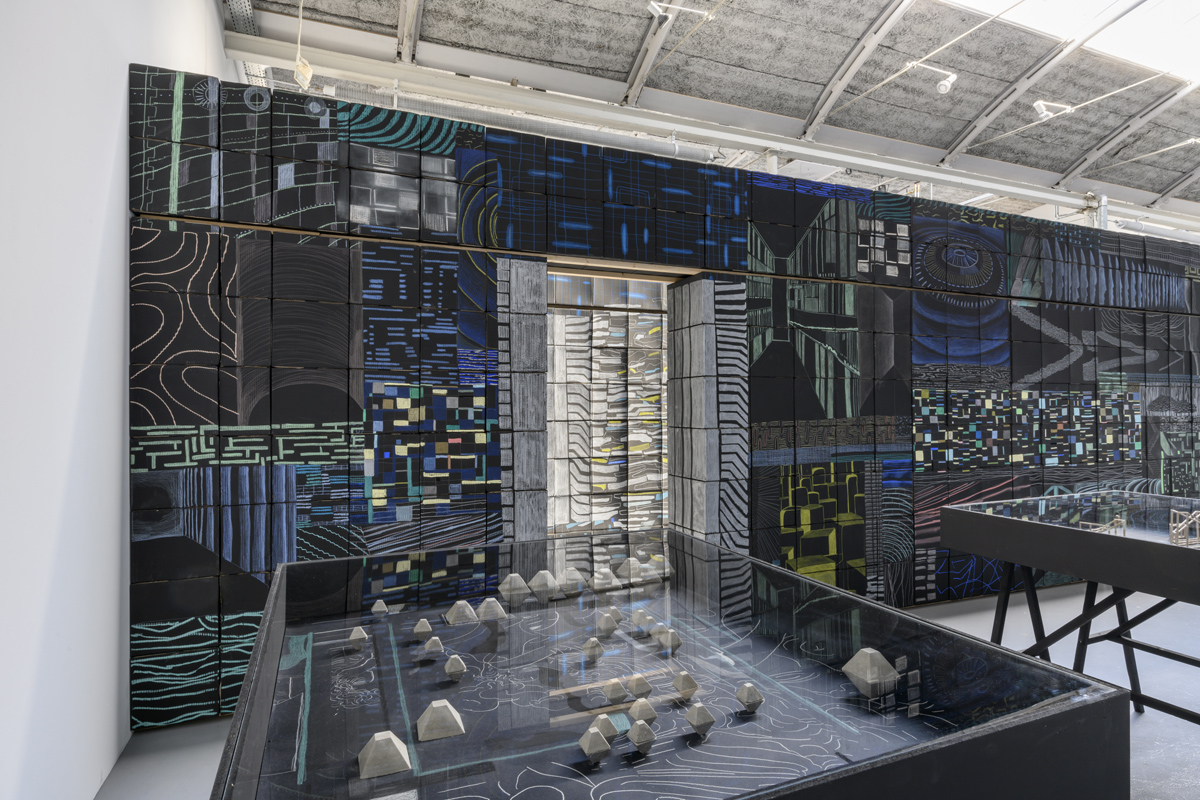 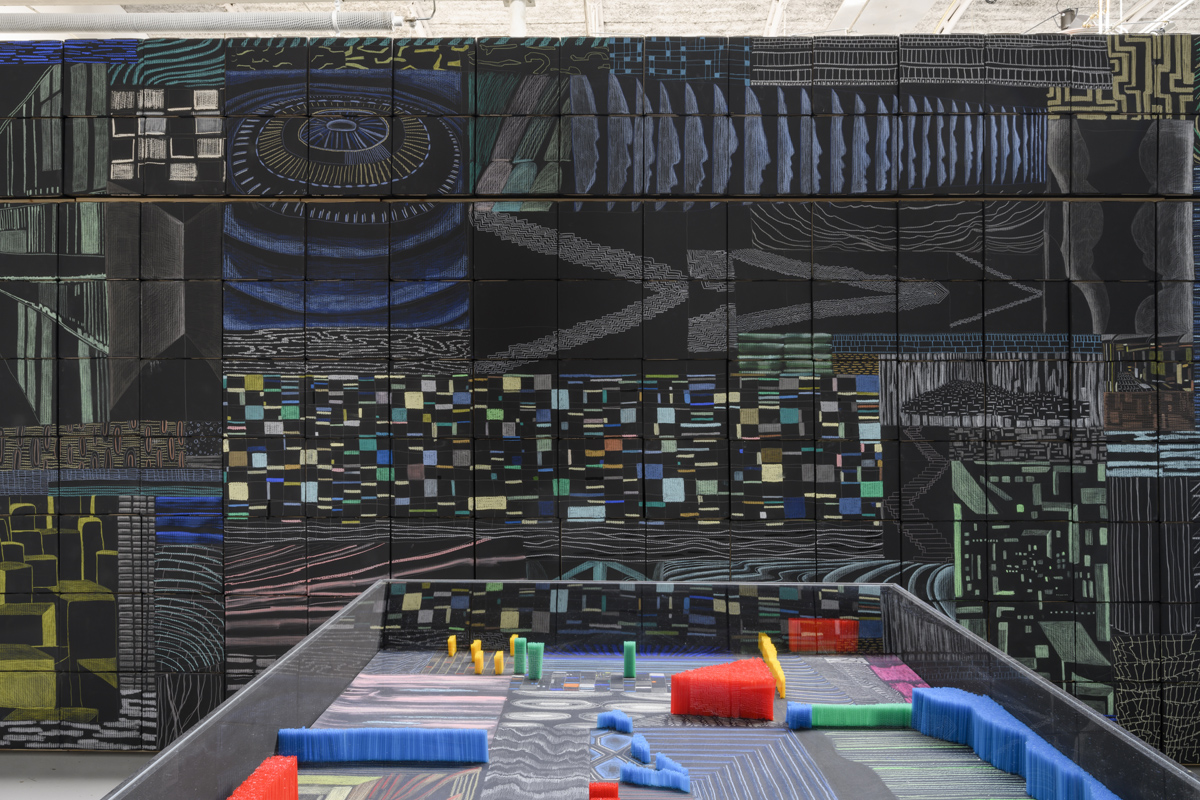