‘Mental Pathfinders and Roundabout Scouts: Intersections, Connections and Digital Perceptions’ was on view at Cokkie Snoei in Rotterdam during the first months of 2021. Watch a short video (4 mins) on the exhibition here.

From the press release:

In her drawings, Marisa Rappard investigates intuitively what it means to be human in our current, fluid world in which technology intervenes lives, contact is ephemeral and overwhelming amounts of information flow past daily. Her work on display at Cokkie Snoei was made over the past year and reflects on the sense of alienation caused by life taking place mainly online during the Covid crisis: the loss of real and tangible contact with the other. The dispersed sense of self skipping from one online reality into another.
Rappard is interested in how man places it’s hope in technology and confers it almost religious or transcendent characteristics, while at the same time this technology clearly has a most alarming and dark downside. The figures in her drawings wander lonely through dense abstract structures and anonymous rooms, resembling a hall of mirrors. Iterations of reflections, silhouettes and shadow figures make it difficult to distinguish which is the true self. People are surrounded by colourful streams of lines, from which they emerge and in which they are absorbed. It is ambiguous whether man finds redemption in these abstract floods of comforting colours or rather disintegrates within them. 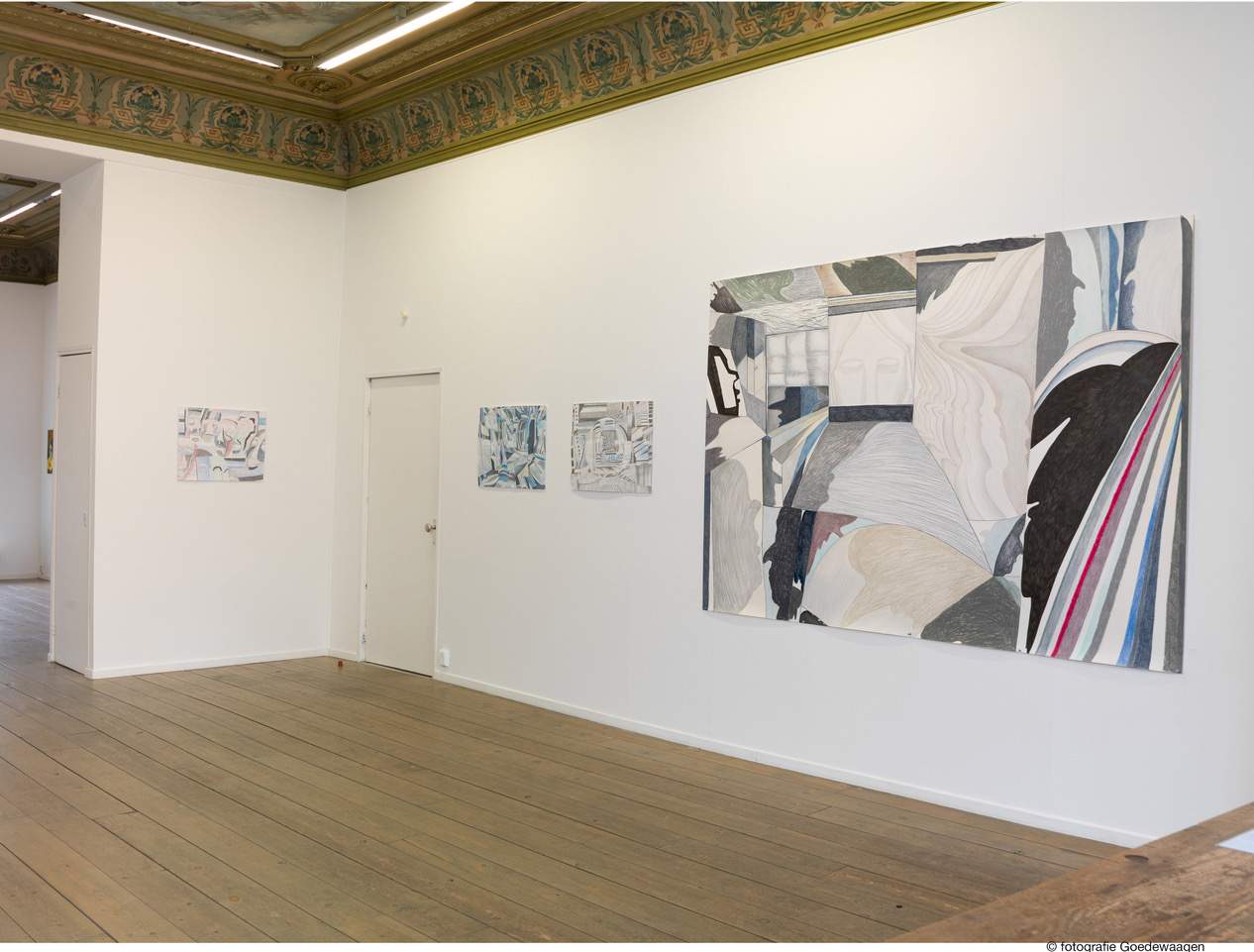 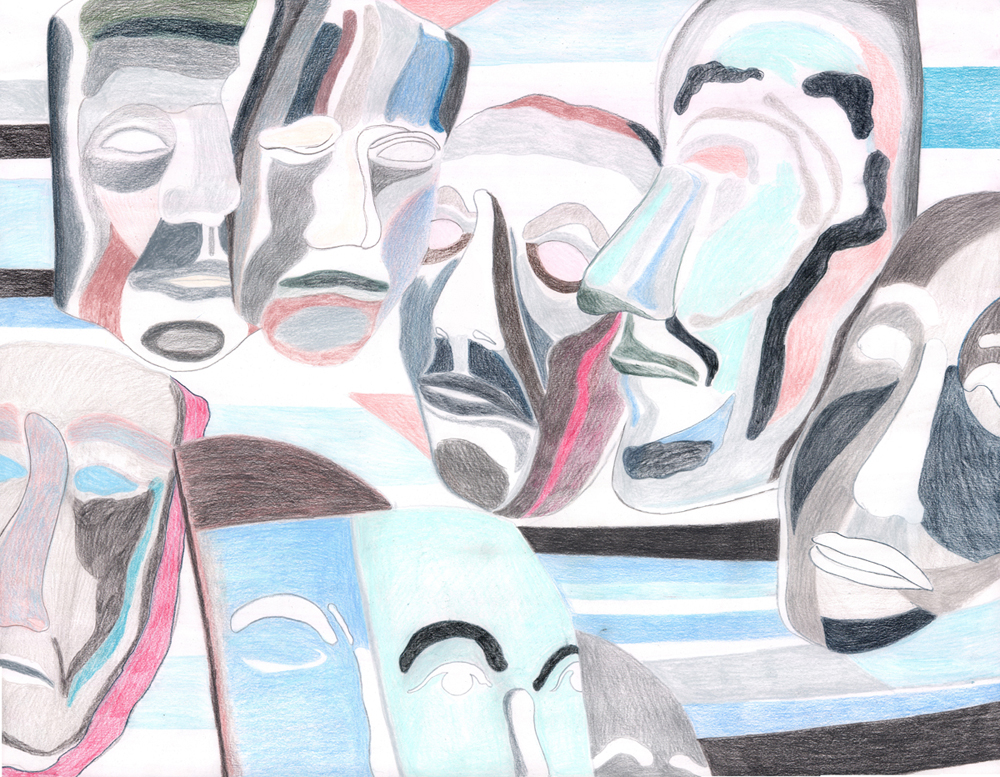 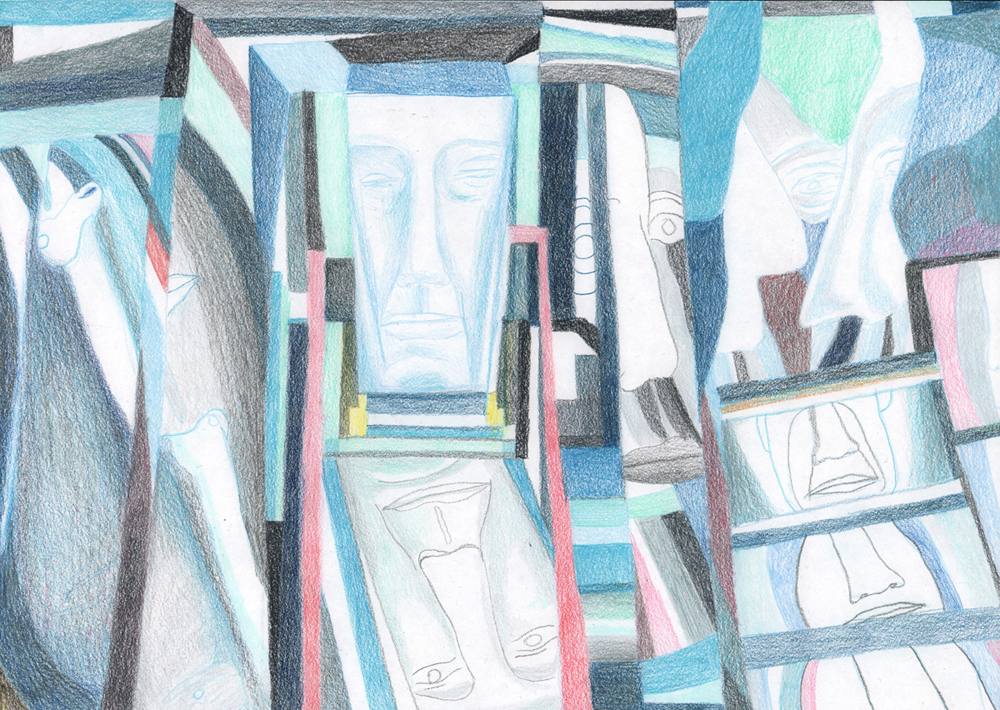 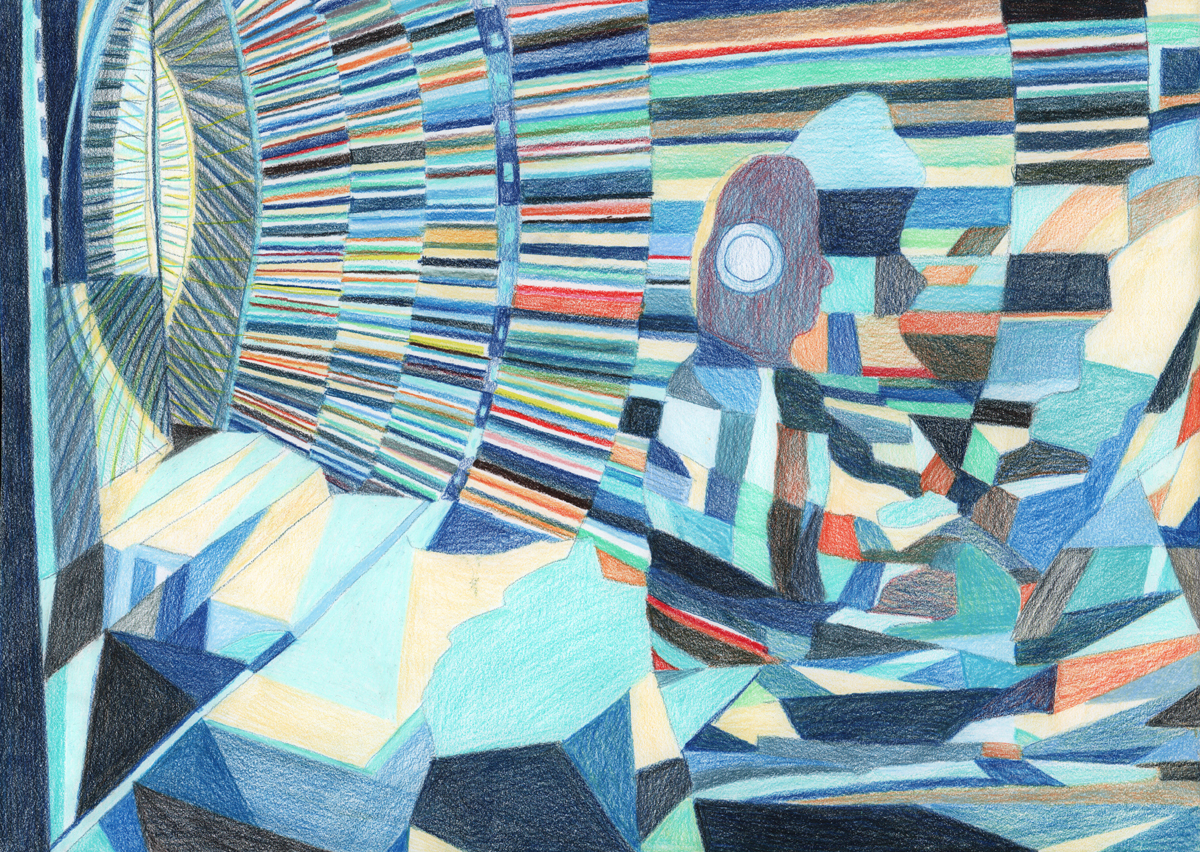 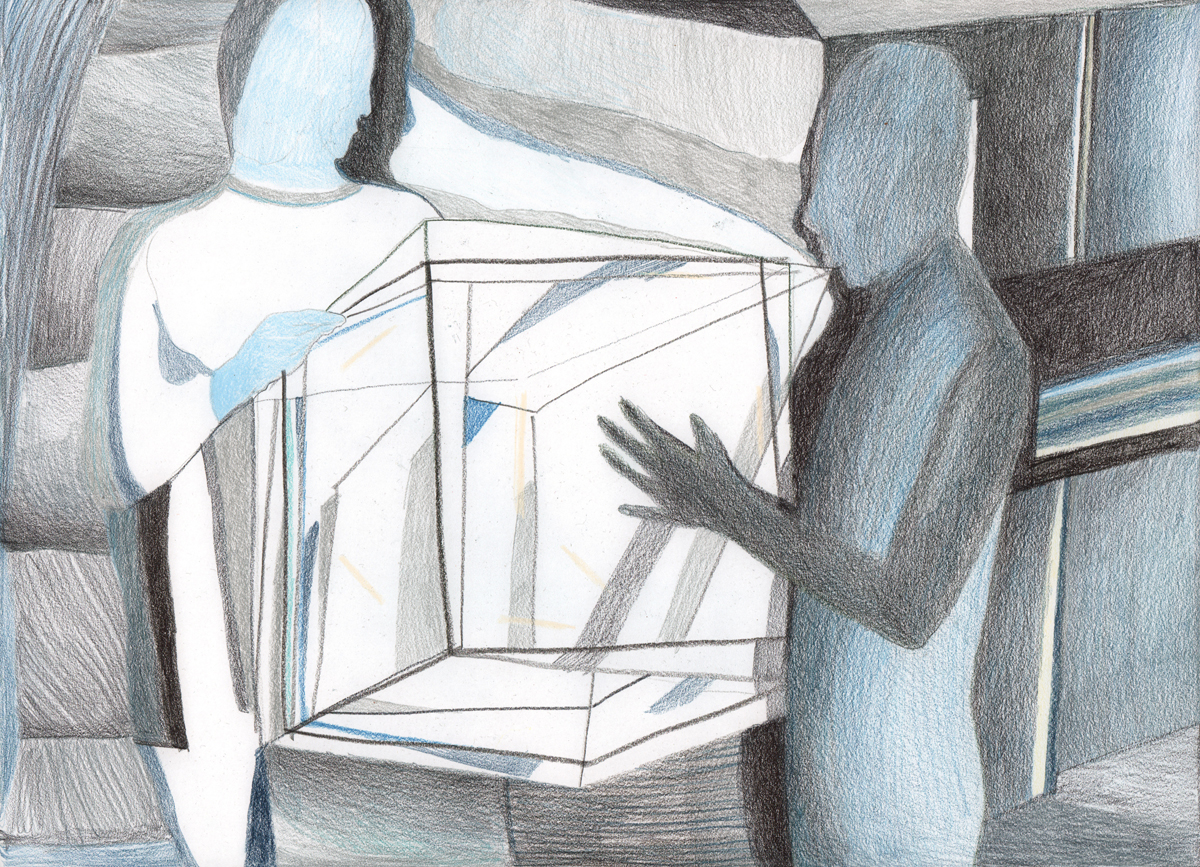 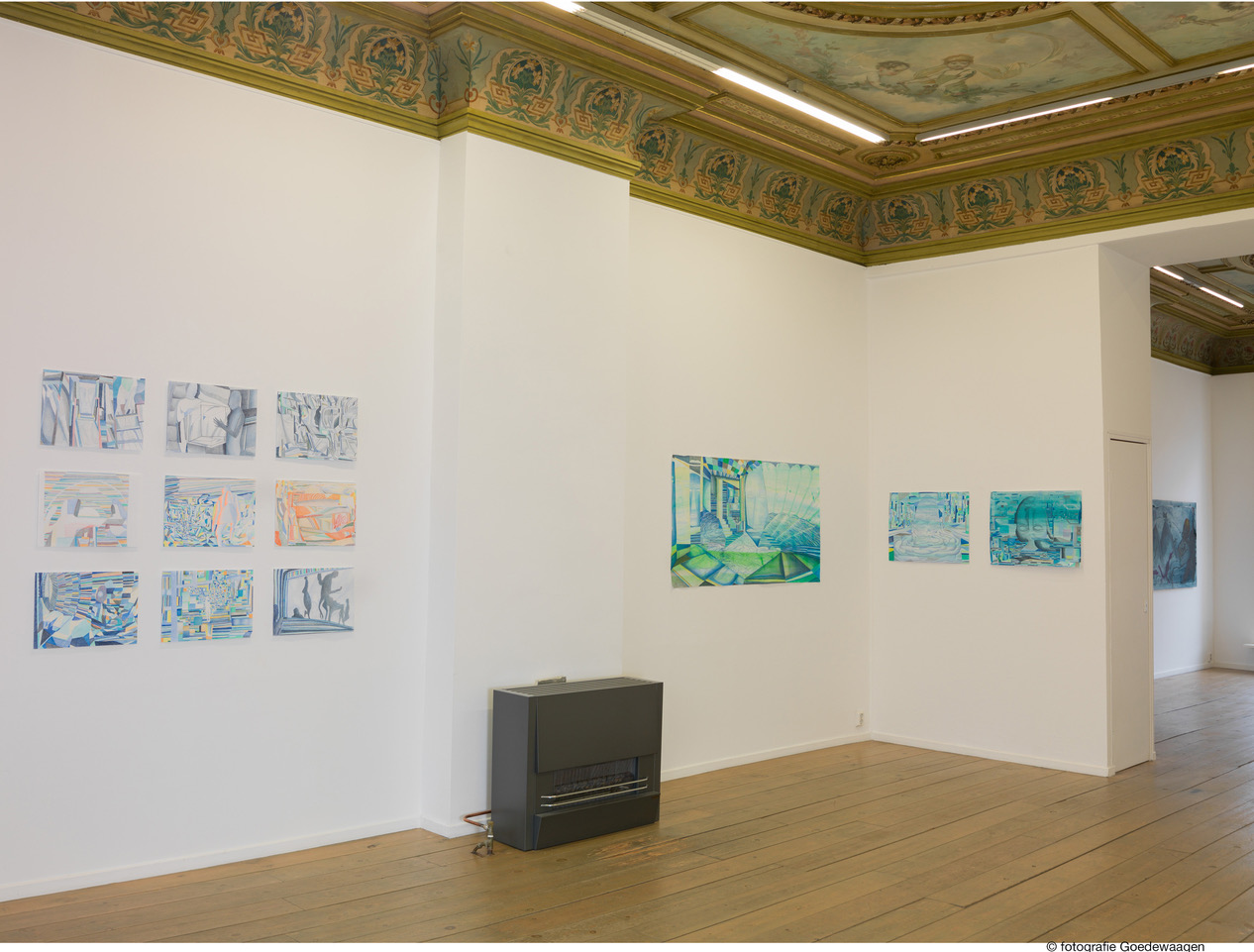 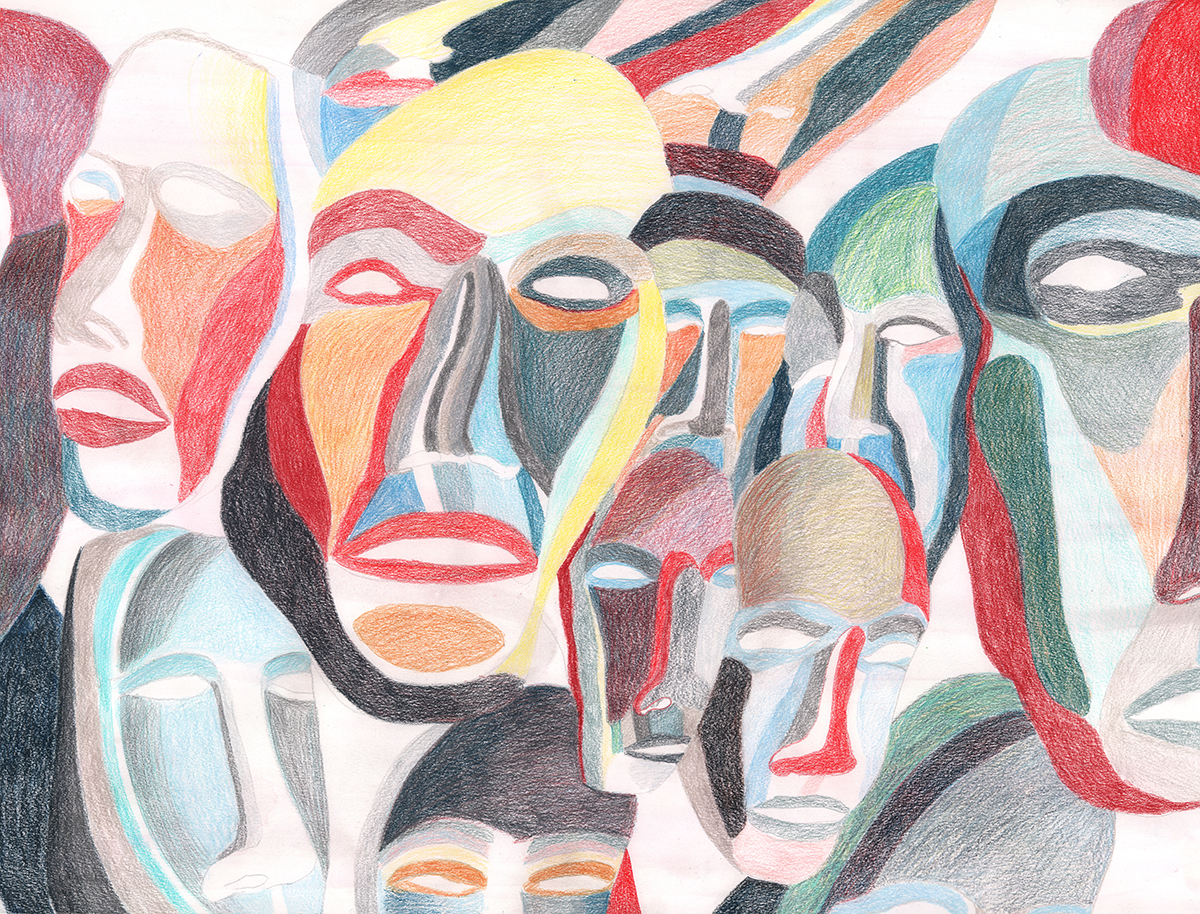 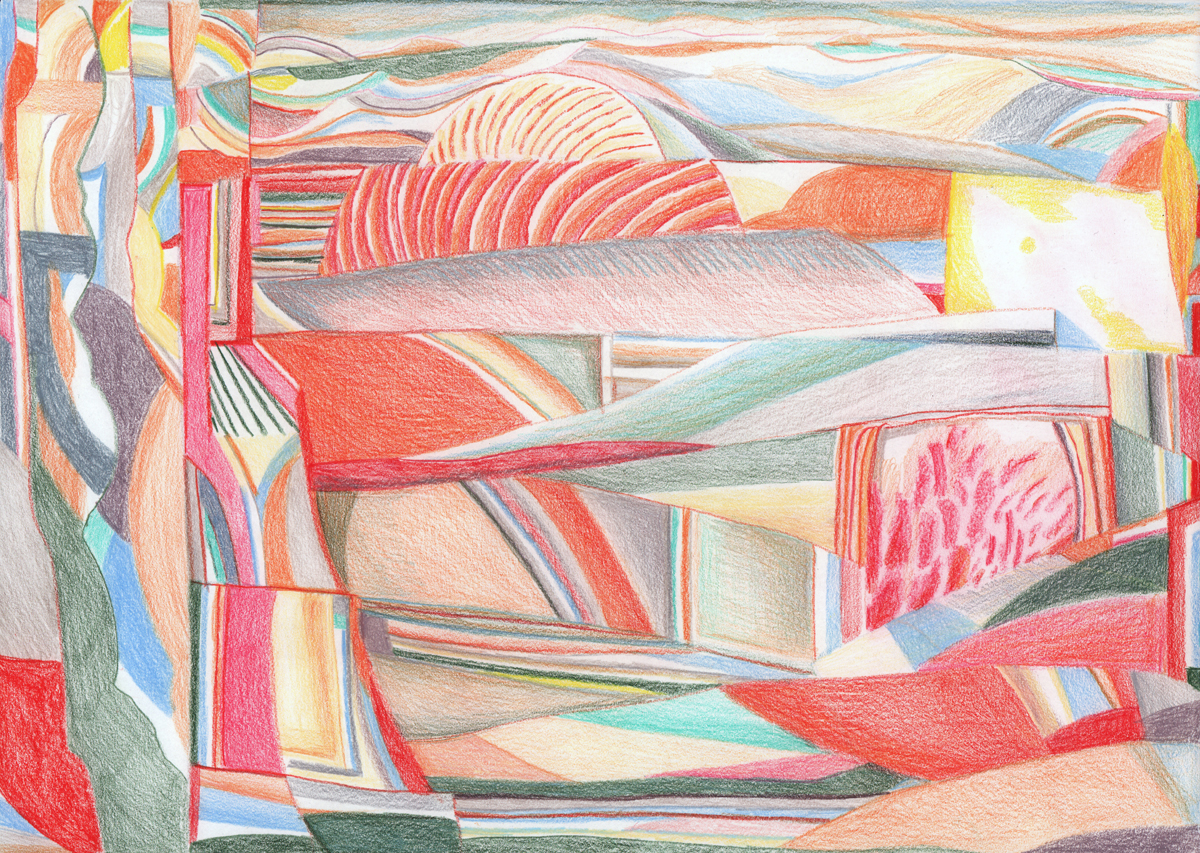 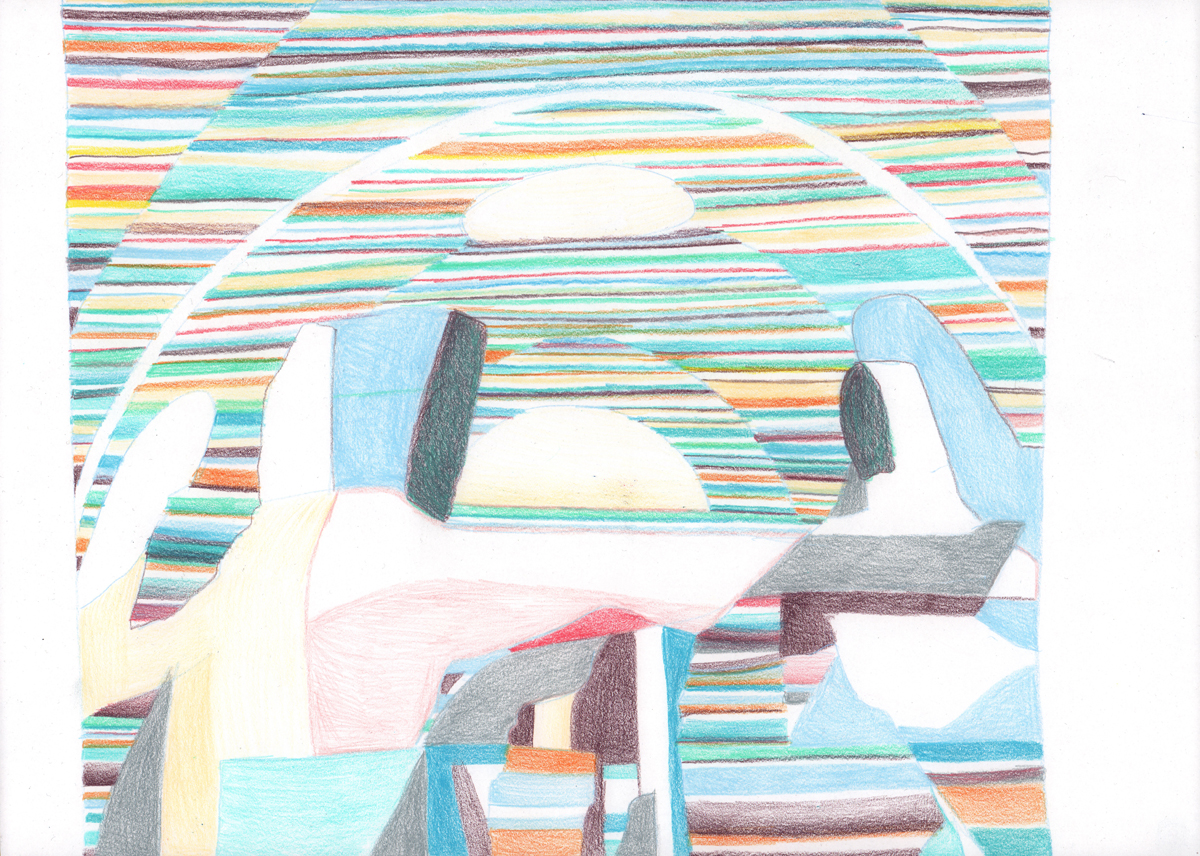 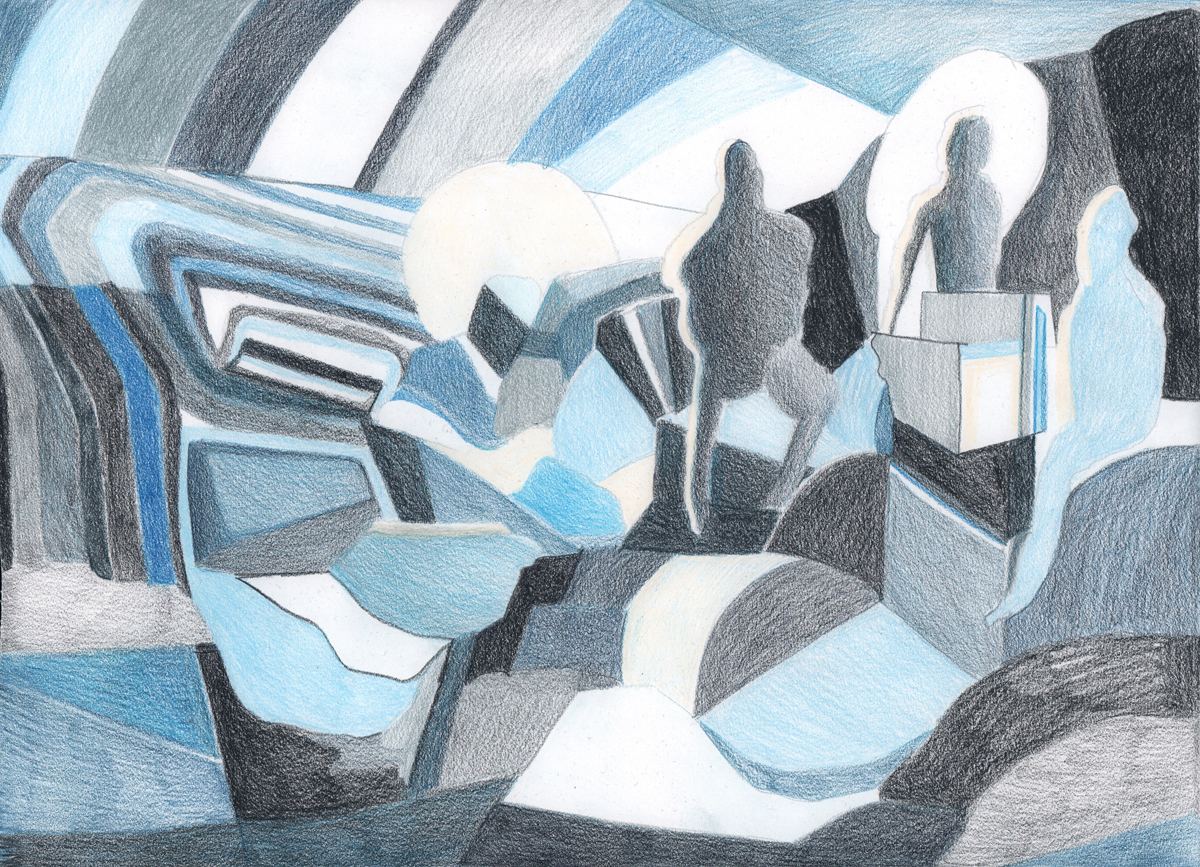